US energy giant ConocoPhillips has released its financial results for its fourth quarter of 2003 and the results have been mixed. However, in a press release issued to the world's media, the company stressed that the data - made up of market information and company estimates - may or may not differ from ConocoPhillips' actual results, which will be released later this month.

This quarter is expected to have generated around 1.59 million BOE per day. This increase has been the result of various factors, which include seasonality, new wells in Vietnam and lower maintenance activity overall.

In fact, the total figure could have been higher but for "operating interruptions" in Venezuela, Alaska and Indonesia, about which ConocoPhillips did not elaborate further.

On the corporate front, ConocoPhillips announced that its expenses from continuing operations remain relatively consistent between the third and fourth quarter. However, this does include losses on what it terms "early redemption of debt" and the sale of The Circle K Corp. To that extent, the company's fourth quarter balance sheet debt level is expected to show a figure of around US$17.8 billion, a figure that represents about a US$900 million in debt reduction.

There was mixed news on the company's Midstream/Chemicals elements with "higher natural gas liquids sales prices in Midstream" but overall chemical results and takings remaining relatively unchanged. It was in refining and marketing that the company posted its "could have been better" marks on its fourth quarter report card.

It admits that its US refining margins will be significantly lower than that of the third quarter. It also admits that it's "realised crack spreads" will continue to be negatively affected. This has been due to the higher crude oil prices on co-product margins.

Furthermore, ConocoPhillips's domestic wholesale and retail margins are expected to go down with turnaround costs expected to reduce its earnings to around US$40 million post-tax.

"The company's average crude oil refining capacity utilisation rate for the fourth quarter is expected to be in the low 90% range, in part due to the negative impact of increased turnaround activity during the quarter," said the company. 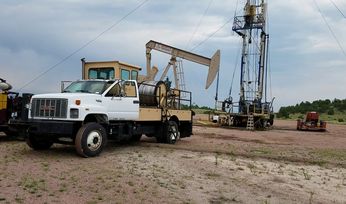 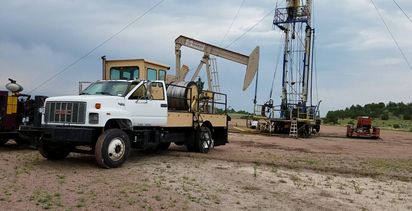 ConocoPhillips plunged into the red

Conoco quarterly in line with peers