After 18 months of work Halliburton has completed the 175,000 tonne hull for ConocoPhillip's Belanak floating, production, storage and offloading (FPSO) vessel to be stationed in Indonesia. 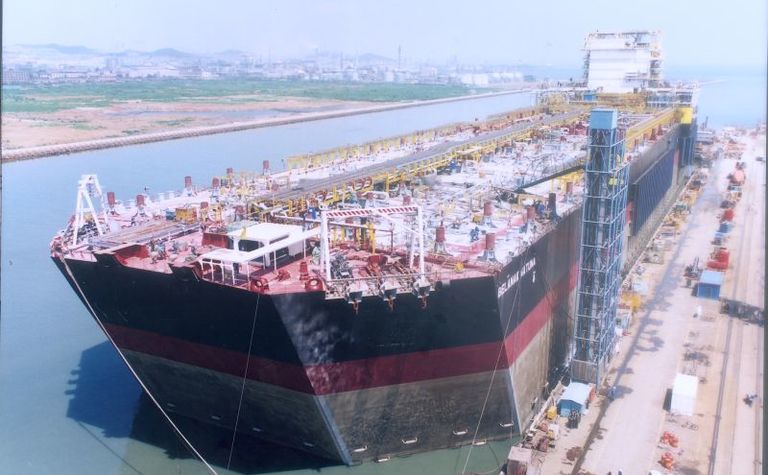 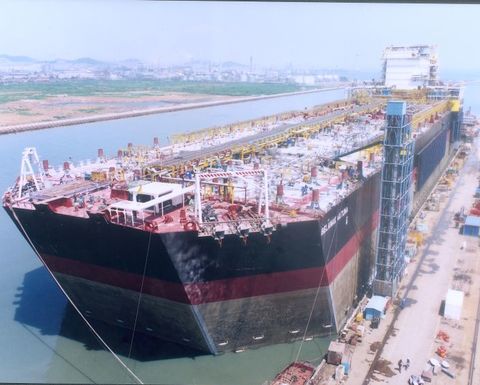 Construction took place in Dalian, China and was the first time a Halliburton company has worked with a Chinese shipyard to build an FPSO hull.

Apart from being one of the largest vessels of its kind the Belanak FPSO will also be the first offshore liquefied petroleum gas (LPG) facility on a floating vessel in the Asia Pacific region.

The hull has a storage capacity of one million barrels of oil, one of the largest hulls constructed for an FPSO, and measures 285m in length, 58m in width, with a depth of 26m and maximum displacement of 255,000 tonnes.

The hull has been designed and built to last 30 years without the need for drydocking and all mechanical equipment has been specified to last for this period with routine maintenance offshore. Living quarters for 120 personnel are positioned at the aft of the vessel.

On arrival in Batam, Indonesia, the hull will berth at a new quayside, specifically built by PT McDermott Indonesia to accommodate the Belanak hull. Integration of the 25,000 tonnes process topsides onto the hull will then begin.

The completed FPSO is to be towed to its installation site in the Belanak field, located in Indonesian waters in the South Natuna Sea Block B Production Sharing Contract (PSC), 200km northeast of Singapore in September 2004. First oil production from the PSC is expected before the end of 2004.

The hull will now be towed by two ocean-going tugs from Dalian to Batam, Indonesia on 21 August 2003 with the journey expected to take approximately three weeks. The Belanak field is to supply gas to Malaysia and Singapore.

Set to spud next month 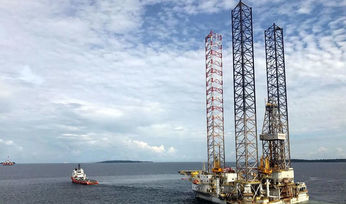 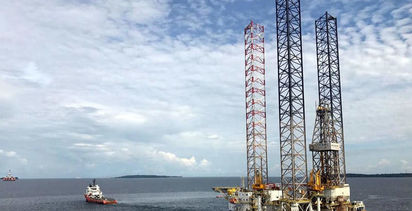