CSM junior, Alan Burns get their feet wet off Rotto

COAL seam methane explorer Westralian Gas and Power has discovered the joys of diversifying. Following its recent move into oil and gas in the United States, where the company took up acreage in Kentucky, Westralian has now decided to wade into Western Australias Vlaming Sub-basin offshore Perth. 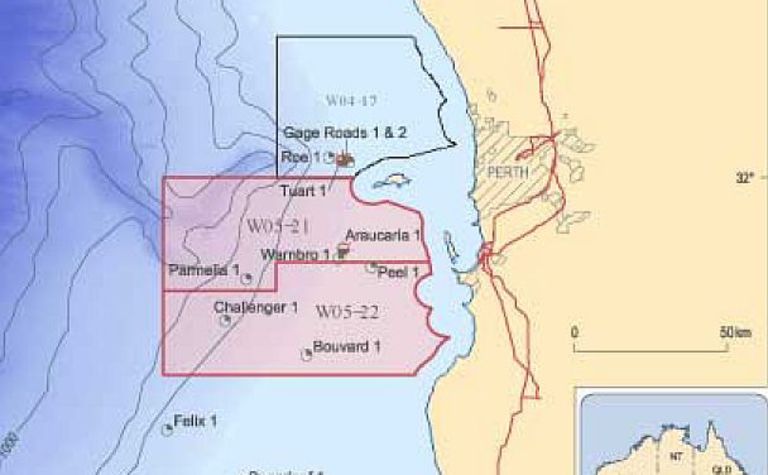 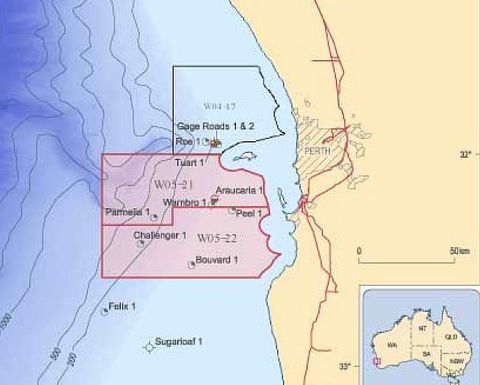 The company said yesterday that its wholly owned subsidiary, Westralian Petroleum, was offered, and has accepted, two offshore petroleum exploration permits, WO5-21 and WO5-22, covering 4530 square kilometres between Rottnest Island and Mandurah.

Through its subsidiary, Westralian will have a 50% interest in the permits, along with fellow applicants Lempika and Emphazise, which will each own 25% and are both owned by Cladium, the family company of Hardman founder Alan Burns, a non-executive director of Westralian.

Westralian executive chairman Peter Briggs said the company and the WA Department of Industry and Resources believed the area was promising but it had proven to be “a hard nut to crack” in the 1970s and 80s.

The department has said: “A petroleum system is present in the Vlaming Sub-basin. Seismic data provide further evidence of a potential active petroleum system in Areas W05-21 & W05-22, with an apparent gas chimney imaged.”

Westralian said it had assessed existing reprocessed seismic data for W05-21 and W05-22 showing the existence of previously unmapped structures, which has led to a reassessment of the prospectivity of these areas.

“The areas also have considerable merit when compared to similar prospects in other parts of the world,” the company said.

Previously, the area’s complex structural geology combined with limited seismic resolution resulted in failure to accurately predict the distribution, thickness and quality of reservoirs and seals, according to Westralian.

“Past exploration has produced a live oil and gas show at Araucaria-1 near the recently discovered gas chimney and oil indications in all five of the other wells drilled in the blocks,” the company said.

“These shows were from Jurassic and Cretaceous rock.”

Wells that failed to intersect any significant hydrocarbon shows were either stratigraphic tests – not located on any significant geological structure – or located on poorly defined overstructures that were later proven by seismic surveys to not be valid structural plays, according to Westralian.

“With new technology available to explorers, better analysis of these structures is possible and the defining of valid plays is more likely,” the company said.

From CSM to CSEM

The development of a modern sequence stratigraphic framework for Vlaming Sub-basin petroleum systems and the use of modern, high-quality seismic data in combination with developments in other exploration methods such as controlled source electromagnetic measurements (CSEM) would be the key to successful exploration in the Vlaming Sub-basin, according to Westralian.

“CSEM offers the promise of improved ranking of development prospects and more accurate or reduced appraisal drilling,” the company said.

“It is considered possible that companies may sometimes be able to go straight from 2D seismic to CSEM without the need for a costly 3D seismic survey.

“CSEM technology has been successfully used in locating large hydrocarbon reserves in the offshore areas of the North Sea, South America and Africa and it is anticipated that its use in the company’s areas will result in the delineation of targets, which may contain significant hydrocarbon reserves.”

While having left Hardman, Burns is not keen on full retirement, preferring a somewhat lighter workload closer to home.

He has taken charge at Cladium, which has been involved in 16 producing and discovery wells, including four new field discoveries, in the Perth Basin since 1975.

“I have gone back to running the family company, Cladium again,” he said.

“It has a lot of experience in the Perth Basin, much of it successful.”

Burns said any economic amounts of gas discovered by Westralian could readily be deliverable into Perth’s pipeline network and oil could be brought ashore.

“The area is highly prospective for significant oil and gas discoveries in younger rocks than previously found to be productive in the Perth Basin,” he said. 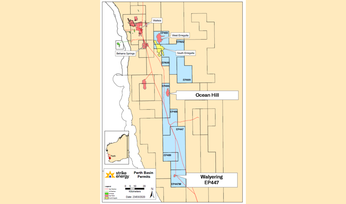 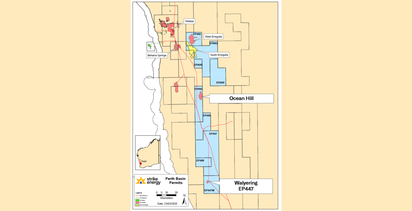 Buru shares up on wet-gas prognosis