Tigris, Tigris, not too bright

FIVE billion barrels of oil or your future reputation! That is how Slugcatcher sees the choice facing Chip Goodyear and his not-so-merry men at BHP Billiton as they struggle to explain away, and make a profit from, the ghastly Tigris Petroleum mess in which they find themselves.

Investors, the people who really drive what Chip does, will be saying: “Take the oil, it’s money in the bank”.

Deeper thinkers will realise that making money in Iraq, especially money that has its genesis in a dodgy deal, has the potential to stain BHP Billiton for life.

For the reader not familiar with what The Slug is rabbiting on about, refer yourself immediately to the AWB Royal Commission, a tedious affair that resulted in some stunning evidence and far-reaching recommendations, one of which goes to the heart of BHP Billiton – and which will test the moral fibre of the company.

As background, AWB was the old Australian Wheat Board. In the mid-1990s, it made a few unwise decisions in regard to selling wheat in sanction-isolated Iraq.

BHP Billiton, which has nothing whatsoever to do with wheat, became embroiled when one of its executives (and that is a critical point, one of ITS executives) hatched a scheme to make a gift of 20,000 tonnes of wheat to the poor people of Iraq.

In return for this “gift”, BHP Billiton and its partner in the deal, Tigris Petroleum, got favoured status to take control of the massive Halfayah oil project in the southeast of the country – and the theoretical repository of 5 billion barrels of oil.

What now seems to be happening is that BHP Billiton is arguing that only one man, the former executive, a Mr Norman Davidson Kelly, is to blame for what amounts to a charge of busting United Nations sanctions (by turning a gift into a loan).

To support this position, BHP Billiton asks everyone to note that it is Mr Davidson Kelly who faces possible criminal charges under Australian law.

The Slug is not a lawyer but does have a fine nose for spin.

True, there is only one man facing possible charges. But equally true he did work for BHP Billiton at the time, he was not the chief executive, and other people (his superiors) either knew what he was doing or failed in their duty to know what he was doing.

It is even more significant to note that an ongoing BHP Billiton executive, Tom Harley, was also criticised for his evidence to the Royal Commission.

Now comes the crunchy bit. Chip Goodyear has said BHP Billiton’s “internal review” differs from the Royal Commission findings as far as Mr Harley’s evidence is concerned, and that BHP Billiton wants to keep the Halfayah oil field – and that it wants to kick Tigris out of the deal.

BHP Billiton, by the actions of its past and present employees, is a party to questionable events in Iraq.

It is impossible, from a moral perspective, to separate who is more guilty than the other.

But there seems little doubt that access to Halfayah was gained by methods which can, at best, be described as doubtful.

For immediate gain and for fat profits, keep Halfayah.

For long-term reputation as a clean company, if that’s what how BHP Billiton wants to be seen, let it go.

In a nutshell, it’s money v morality – and that’s decision BHP Billiton has to make, and then we make a decision about BHP Billiton!

Tigris by the tail

BHP Billiton wants to have its cake and eat it too. The diversified resources giant could keep the massive... 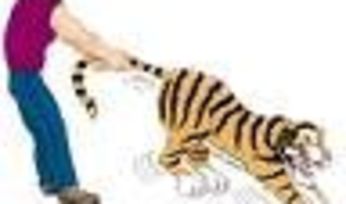 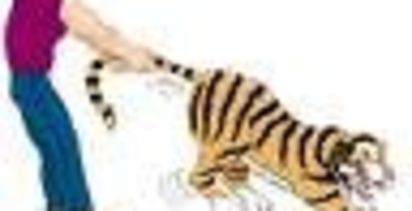