THE Cabbots-1 exploration well in South Australian Cooper Basin permit PEL 107 has spudded and is drilling ahead.

Magellan Petroleum, participating in the well under a farm-in agreement with Great Artesian Oil and Gas, today said Cabbots-1 spudded on December 5.

As of December 6, the well - operated by Beach Petroleum - was at a depth of 521m and drilling ahead in surface hole to a total depth of 850m, it said.

Located in PEL 107, Cabbots-1 is planned to a total depth of 2440m with the primary objective being oil in the Patchawarra Formation and secondary targets in the Tirrawarra Sandstone and the Poolowanna Formation.

The Cabbots Prospect is a lower Patchawarra on-lap oil play, with a four-way dip closure.

Under the farm-in agreement with Great Artesian, Magellan will earn a 30% interest in any commercial discovery. On completion of the funding of this well, Magellan will become a 20% participating interest holder in the PEL 107 joint venture and permit.

Operator Beach Petroleum has a 40% interest, while Great Artesian holds a 30% stake. 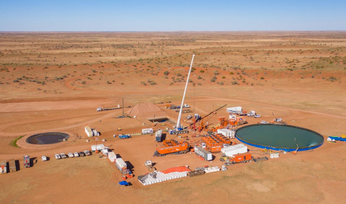 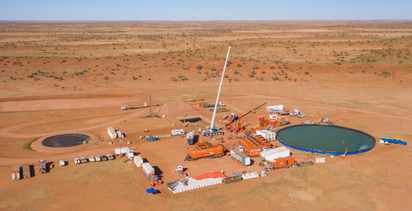