A MECHANISM to allow the borrowing of permits in the Emissions Trading Scheme (ETS) could create greater flexibility in the system, according to Craig McBurnie from ABN AMRO.

But Jeff Angel from the Total Environment Centre (TEC) said borrowing is a "recipe for laziness" that allows companies to defer action on climate change.

McBurnie, ABN AMRO's director of environmental markets, told the TEC's Green Capital forum ‘Carbonomics' last week that borrowing could become a strong feature of the ETS to be introduced by 2010, where future date stamped permits could be brought forward for use in earlier years.

In an interview with Environmental Management News, McBurnie, said: "Borrowing could generate advantages and flexibility that could outweigh risks in the system".

Firms could borrow permits if they expect to make deeper emissions reductions in the future through planned emission reduction strategies or the deployment of new technologies. This could cut compliance costs significantly, McBurnie said.

McBurnie said borrowing should not be dismissed out of hand without debate. The Garnaut Climate Change Review also recognised the need for public consultation on the concept of borrowing and called for public feedback on the topic in its issues paper Financial Services for Managing Risk: Climate Change and Carbon Trading.

In its submission to the Garnaut Climate Change Review dated January 10, the Energy Supply Association of Australia voiced its support for borrowing.

Referring to the inclusion of a borrowing mechanism in an ETS, the submission said: "We recognise that there are some advantages to allowing the market flexibility in determining the timing of emissions as well as price, to reduce the need for ‘bureaucratic clairvoyance' in annual allocations."

"Allocations periods that enable the market more latitude to determine price and rate of use of permits while avoiding locking-in governments to very long term fixed carbon budgets are likely to be more efficient arrangements overall."

But the system of borrowing has its fair share of critics as well. Jeff Angel said allowing companies to borrow permits would provide them with the false belief they do not have to start making changes to business practices straight away.

Angel said borrowing places additional pressure on sectors or companies who are trying to make deep emission cuts and it also distorts the carbon market because it inflates the number of permits on the market and therefore lowers the price of carbon.

Climate change policy advisor Professor Ross Garnaut's own thoughts on borrowing were hinted at during an interview with The Financial Review in January. He said the Federal Government should set a budget for total emissions over the next 40 years and then let the market determine the best and least expensive means of greenhouse emission reduction over this time.

"If the goal is to achieve an environmental objective at minimum cost to the economy, you would specify the total emissions budget and let the market determine when permits were used." 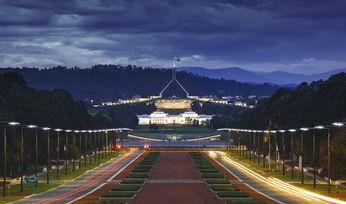 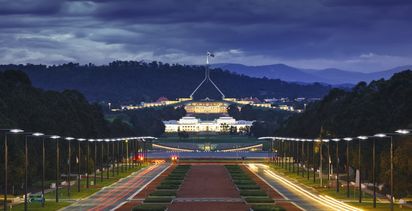 Shell's emissions were higher during lockdown