Takeover talk in the Cooper

TAKEOVER talk has swirled around Santos for more than 30 years so when Slugcatcher saw that a bid for Australia's second biggest oil and gas company was being discussed last week his first reaction was to yawn.

Ho-hum, here we go again, was also the reaction from older readers who have seen Santos routinely put on, and taken off, takeover lists since disgraced Perth-based entrepreneur, Alan Bond, tried to buy the business in 1979.

Bond's raid, which The Slug remembers well because it coincided with a Bond family domestic spat, was thwarted by the South Australian Government passing special laws banning any one shareholder from owning more than 15% of a business which was regarded as critical to the state's economy.

Whether it was the provider of essential oil and gas services is debateable. Not up for question was the fact that being turned into a sort of semi-government agency effectively killed any entrepreneurial spirit in Santos.

It also killed any attempt to extract maximum value from the company's key asset, a majority share in the Cooper Basin oil and gas fields.

Removing the infamous 15% cap some five years ago was seen as a potential trigger for a raid. It was a factor in the company's share price (along with a record high oil price) soaring to more than $20 in mid-2008.

The rumoured bid never came. The oil price retreated. So did Santos' share price, which tumbled all the way back to $9.60 by October 2008 as the first wave of the global financial crisis washed across equity and commodity markets around the world.

With that history in mind The Slug watched with interest as Santos shares rocketed up last week, and if you think rocket is too strong a word then you weren't following events that caused the stock to hit a 15-month intra-day share price high on Friday of $14.27, before ending the week at $13.97.

To put that $14.27 price high into perspective it meant Santos shares had risen by $2.25 over little more than three weeks, or 12-trading days to stick with stock market time.

Another way of looking at the $2.25 price rise is to recognise it as an 18% increase, or the addition of $2.1 billion to the stock market value of the company with that jump in market capitalisation achieved in heavy turnover.

Understandably, the rumour mill swung into action with the finger pointed this time at US oil giant, Chevron, largely because it has developed an interest in the Cooper Basin via its joint venture with Beach Energy.

Whether it is Chevron taking a handy position in Santos remains to be seen though why a genuine oil giant would fiddle around with small bites of a takeover target when it could swallow all of Santos and barely touch its petty cash tin is one question to consider.

Another, perhaps more interesting point, is that Santos was not alone among the Cooper Basin stocks to go for a share-price run over the past few weeks.

Beach, Drillsearch and Senex all moved sharply higher with Beach up 24% over the same time Santos rose by 18%. Senex was up by 30% and Drillsearch leapt 42%.

Maybe there could be a move to snatch control of the Cooper Basin though The Slug suspects a more likely explanation is that investment banks have finally woken to the fact that the Cooper is undergoing a dramatic re-awakening driven by:

The higher gas prices, which are annoying east coast consumers, are partly a function of increased demand and partly a function of political interference in the hunt for other sources of gas, especially CSG and other forms of unconventional gas that require "fraccing" to be extracted.

Discoveries are being made in conventional and unconventional reservoirs with the next generation of production wells likely to extract oil and gas from multiple reservoirs in different rock types.

The pipeline appeal speaks for itself, as does the introduction of new drilling and exploration techniques.

In other words, the revival in the shares of Santos, Beach, Drillsearch and other Cooper Basin explorers could have as much to do with rising gas prices and technology advances as it does with takeover speculation.

Whatever the answer, and it is probably a bit of everything, it seems the Cooper and other central Australian oil and gas fields are about to attract a burst of headline writing to rival the time Bond launched is ill-fated Santos raid. 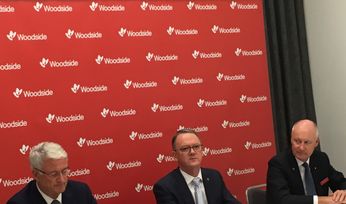 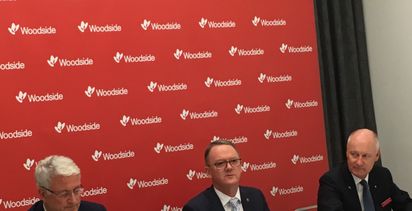