VICTORIA's ban on fraccing is not holding back Lakes Oil, which expects to start the first of three drilling projects next month that could transform the company. By David Upton 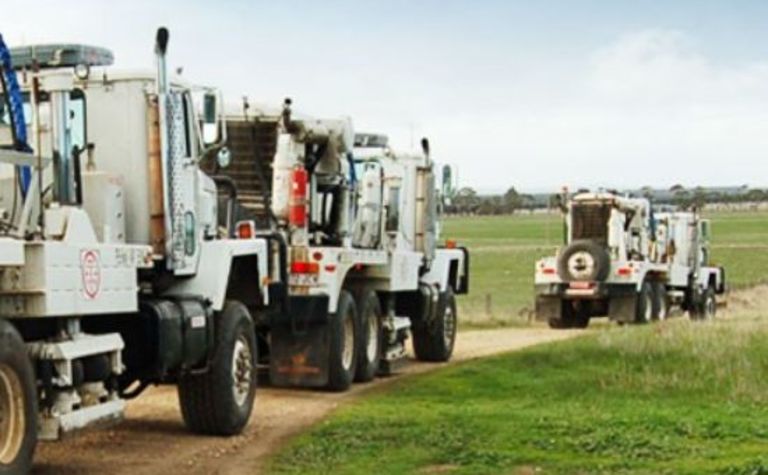 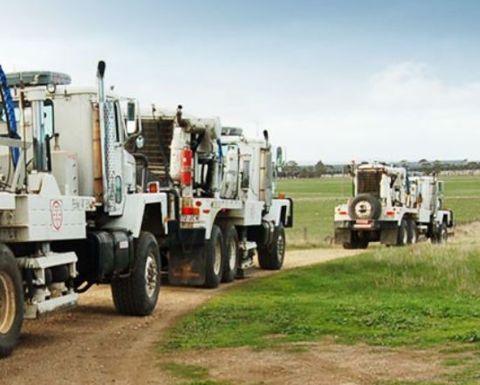 Lakes Oil is no stranger to delay or adversity — it is Australia's oldest listed oil and gas explorer, and has not booked revenue from production since the 1980s.

Two years ago, it seemed the company's fortunes had changed when Beach Energy agreed to a $50 million farm-in that would test the unconventional gas potential of Lakes' flagship PRL2 permit in the onshore Gippsland Basin.

Beach experienced delays in getting fraccing equipment and crews to Victoria, and the joint venturers were blindsided in August 2012 by a Victorian government ban on fraccing.

The ban was intended to stop coal seam gas exploration and development, but it had the unintended consequence of preventing fraccing even of the deep tight gas sands in Lakes Oil's acreage.

The obstacles put in the way by the Victorian government led Beach to withdraw from the farm-in agreement in August. (The government subsequently announced the ban would be extended to July 2015).

Armour Energy, which holds almost 20% of Lakes and two seats on the board, announced last week it intended to exercise its option to match the Beach farm-in.

Armour acknowledges the farm-in cannot be matched in its original form because of the fraccing ban, and hopes to negotiate a revised form of farm in agreement.

Lakes Oil chairman, Rob Annells, told Energy News he is more interested in some innovative, conventional projects developed last year that could take the company forward even if the state ban lasts indefinitely.

Lakes has also attracted some heavyweight support over the past year, with Gina Reinhart's Hancock Prospecting taking a stake of almost 20% in the company.

Hancock adviser and eminent geologist, Ian Plimer, introduced Hancock to Lakes and has taken a seat on the board.

The first of three drilling projects is expected to get underway next month when a workover rig will be used to test an oil zone encountered in the Wombat-3 well.

Annells said he is "very excited" about the test, which is targeting a zone around a natural fault that flowed eight barrels of oil into the wellbore.

He said analysis of oil from Wombat-3 showed it was identical to the oil from the Turrum field in Bass Strait.

"That has huge implications because the oil-bearing zone at Wombat-3 is about 1000 metres deeper than Turrum," Annells said.

"It's always been thought the oil in Bass Strait was sourced from coals and migrated horizontally into the Latrobe formation.

"But of course if the oil in the big offshore fields also occurs much deeper at Wombat-3, there must another, much deeper oil source."

The Wombat-3 test will involve taking a water column of more than 1,000 metres off the top of the oil and opening the fault zone to atmospheric pressure for the first time.

"We will also put a pump down there. Even if that pumps only five barrels a day, it will be a huge breakthrough geologically. It will not make us a fortune, but it means there is an oil source below onshore. That opens up a whole new play," he said.

Annells said the major oil explorers in the Gippsland Basin and elsewhere are closely watching the test at Wombat-3.

"It could send everyone back to the drawing board."

The Wombat-3 test will be followed by the drilling of Otway-1 in PEP 169, immediately adjacent to the Iona gas plant near Port Campbell.

The well is aimed at a low risk target and could provide quick cash flow for Lakes and Armour, which earned a 51% interest in the permit by funding the Moreys-1 well in 2012.

The third drilling project is a horizontal, conventional well, Wombat-5, in PRL2, which is expected to spud about April.

The horizontal leg of the well is targeted at a weathered section of the Strezlecki group. By targeting this more permeable and porous section, Lakes hopes it can achieve commercial flows without fraccing.

The idea for a horizontal well in this section was developed after closely observing the results achieved by Nexus at the Longtom field offshore, which is in the same reservoir.

"The core of the weathered zone at Longtom, which Nexus has named the Admiral Formation, is now on the public file.

"We took a sample and compared it under electronic microscope with our own weathered zone, and it is almost impossible to tell the difference.

"We have put four wells through that zone and sent all that material to the US, where you need to go for real expertise in tight gas.

"They assessed and they have come back with quite a positive report, so we are crossing our fingers that Wombat-5 will perform as predicted.

"If we get the predicted numbers, Wombat-5 will certainly be commercial and we would look at drilling further wells and bringing it into production within two years.

"If the horizontal well works, we will have plenty to keep us busy for the next 10 years."

Lakes has not released any estimates of potential gas volumes, and has been very conservative in releasing estimates of gas resources.

However, its high hopes are suggested by a recent MOU with a subsidiary of Sinopec, which is hunting for large volumes of gas feedstock as the basis of a petrochemical business in Australia. 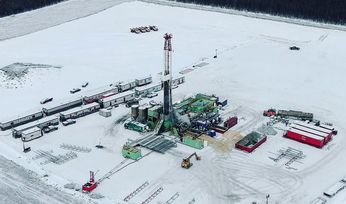 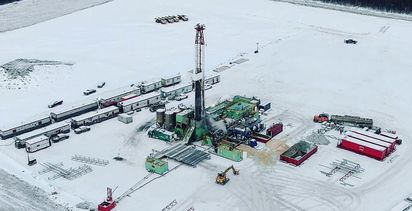