AN INITIAL public offering-vindicating gas discovery by relatively new junior Real Energy could end up producing a contender to the famous Nappamerri Trough in the Cooper Basin. 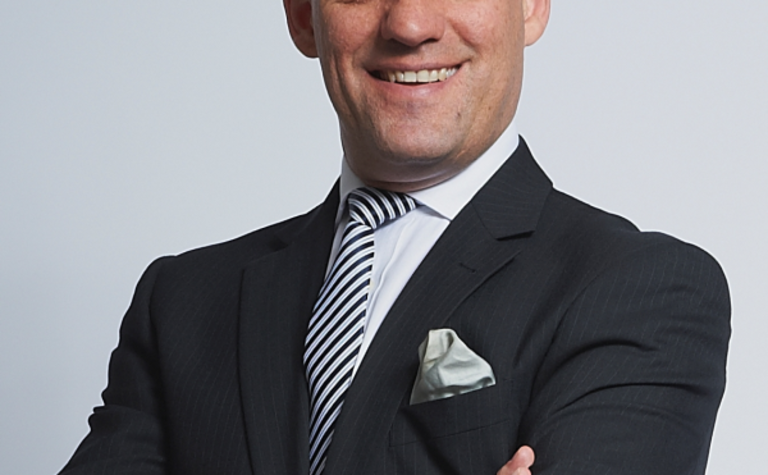 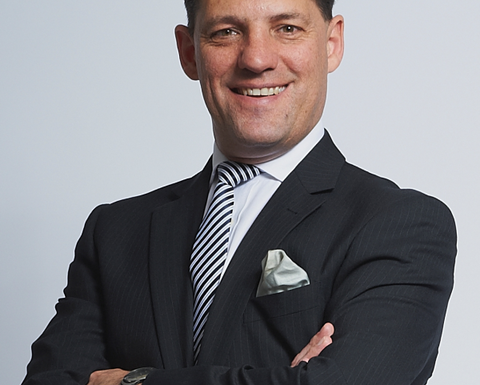 The company's aim since its IPO in December 2013 has been to prove up a basin-centred gas play in ATP 927P in the Queensland Cooper-Eromanga Basin.

Basin-centred gas is also the target of exploration efforts by operators such as Beach Energy, Drillsearch Energy, and Senex Energy elsewhere in the region.

The junior issued 40 million shares to the market in the over-subscribed IPO, to raise $10 million towards its goal, which it has just achieved with its second gas-bearing well, Queenscliff-1.

The vertical exploration well was drilled in a structurally low area of the Windorah Trough without any seismically-mapped structural closure, taking a punt that the Patchawarra and Toolachee formations, accessed by earlier wells in surrounding acreage, continued into Real's permit.

A further 10m of pay was also intersected in the Nappamerri formation.

Queenscliff-1 was drilled about 668m down-dip of first proof of concept well, Tamarama-1, which encountered 87m of net gas pay over the Toolachee and Patchawarra zones.

"We listed our company on the Australian Securities Exchange and raised funds to prove up this concept and designed our exploration program accordingly.

"Real Energy is the first oil and gas player to drill in this area outside structural closure, attempting to prove up basin-centred gas play in this area.

"[The] Tamarama-1 and Queenscliff-1 successes have significantly advanced the play, and proved the continuous gas saturated Permian Toolachee and Patchawarra sections is present in our acreage outside any structural closure. This is in the form of the continuous basin-centred gas play."

The company was originally planning to drill three wells based off reprocessed vintage seismic, but given the success of its first two attempts it has elected to move the third well into a wider drilling campaign planned for next year.

Tamarama-1 and Queenscliff-1 will be production tested in the first half of 2015 in order to provide some more accurate numbers on reserves in the acreage.

From there, Brown said that company would look at drilling 3-4 wells in the second half of the year, perhaps spread between the ATP 927P and the nearby ATP 917P, in order to delineate and expand the resource towards development.

Brown said a possible farm-out of the company's 100%-owned permits could be on the cards in order to pursue development options.

Along with what seems to be the majority of developments in the region, Real hopes to meet east coast gas demand, with Brown admitting the company had already been approached by some industrial parties.

"I'm sure there's a variety of potential options that we would certainly look at over the next 12-18 months or so as we go into development," Brown said.

These permits cover 8314 sq.km and hold conventional and unconventional oil and gas potential, as well as shale oil plays.

ATP 927P remains the immediate priority for the company, with the economics of pursuing the unconventional basin-centred gas play proving more tempting for the fledgling junior.

The crux of the project is the fact that the play is located in the Windorah Trough.

"There's been a lot made out of the Nappamerri Trough, which is one part of the basin to the south of us, but I think a lot can be made out of where we are, which is the Windorah Trough," Brown told Energy News.

"It's deep, but not as deep as the Nappamerri, and the key thing is the formations here, the Permian formations, are gas charged and all the wells in the area have very good gas flows from the Permian section.

"All of these have flowed without any stimulation at all. So that is a significant cost advantage over other parts of the basin.

"Because it's shallower than those really deep areas [in the Nappamerri Trough], you get better economics in terms of cost to complete a well." 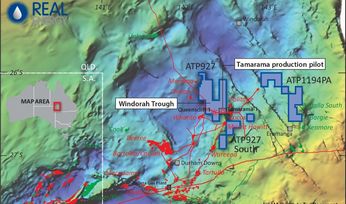 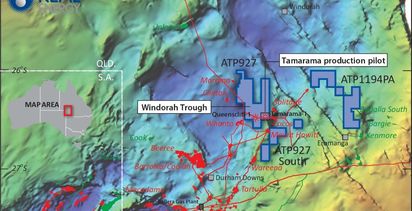 Santos to shut in GLNG in winter