NEW AGL Energy CEO Andy Vesey has continued to put his stamp on the diversified energy supplier by announcing a restricting of its executive team, but the announcement has been overshadowed by yet more controversy at the site.

The New South Wales Environment Protection Authority is launching another investigation into a gas leak on April 2 at Gloucester.

The EPA said yesterday it had issued AGL with a notice for information and records after the detection of a small leak at one of its pilot wells.

The regulator wants to see records relating to the cause of the leak, detection methods, gas concentration data and the actions undertaken by AGL in response to the detection of the leak.

AGL has been given until April 30 to provide the information, including why it took five days to report the incident at its Waukivory pilot.

The timing was particularly bad for AGL, as it had just sought permission to start flaring the wells to relieve pressure in the wellbores.

The leak has since been rectified and the flaring has begun.

AGL's pilot is located within the NSW 2km buffer zone set for some homes, but predates those guidelines - a fact that has not been lost on anti-CSG groups which say the fact AGL needs to flare the wells shows CSG drilling in inherently unsafe.

The EPA was already investigating AGL over the presence of carcinogenic BTEX chemicals (benzene, toluene, ethylbenzene and xylenes) in flowback water in January, why it took the company so long to alert the regulator over that issue and how the water was disposed.

Announcing the executive changes this morning, Vesey said the energy supply industry in eastern Australia was rapidly changing and faced significant challenges for exploration, development and supply, with conflicting information on gas shortages.

AGL's coal power portfolio was also recently named and shamed as one of the world polluters in Australia.

The executive shuffle follows on from the early resignation of upstream boss Mike Moraza in the wake of the BTEX scare at its Gloucester CSG project.

"I am making a number of changes to our leadership structure to capitalise on the opportunities that this dynamic environment will present in the years ahead," Vesey said.

"These changes position AGL to deliver on our strategy, to provide improved products and services for our customers and to drive world-class productivity and capability across the organisation."

AGL is conducting a review of its upstream gas business, which is heavily invested in Queensland and NSW CSG.

Until the findings and recommendations from the review are delivered - likely by the end of May - the upstream gas unit will remain a stand-alone business.

Selection processes for the new executive roles will commence immediately, and current executive team members have been invited to consider available roles in the new structure.

As a result of the announcement, chief information officer Owen Coppage and head of corporate affairs Paul Simshauser will be leaving the company after a transition period.

"While the restructuring process will deliver cost savings and involve some modest headcount reductions, a large proportion of our operational employees will not be affected," Vesey said. 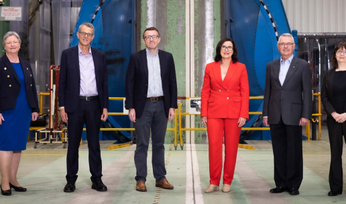 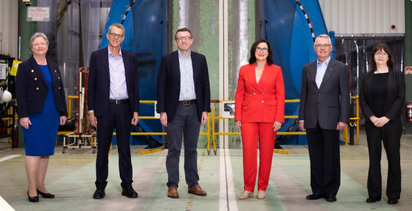