THE great American Energy Partners experiment appears to be all but over, with Armour Energy announcing his morning that the former company of deceased US gas tycoon Aubrey McClendon will no longer proceed with its $US200 million plus investment in the Top End shale plays.

Armour has entered into a settlement with AEP's local arm, following a recent ruling by the Queensland Supreme Court that ordered AEP to meet its farm-in obligations, which included taking a direct interest in Armour and a staged farm-in valued at more than $US200 million in cash and debt.

It was part of a plan to invest $US320 million across leases owned by Armour and neighbour Empire Energy Group, but that plan quickly unravelled with McClendon's death and the subsequent collapse of the empire when his backers pulled the pin.

McClendon's NT interests had been transferred to his estate, and all the signs are those agreements will be terminated as AEP can no longer meet its obligations.

Armour, which had been fighting in the courts over AEP's failure to complete the farm-in documentation even before McClendon's death in March, says it would no longer receive an upfront cash payment of $13 million and a subscription by AEP to a further $A3.5 million in Armour shares at 20 cents per share.

With AEP incapable of meeting its obligations under the July judgement, the two companies have agreed to place the 40 million AEP-owned Armour shares within an AEP subsidiary, AEGPAS, which will then be handed to Armour at no cost.

The shares have a market value of $3.5 million and represent 12.99% of Armour's current issued capital, arising from a subscription and proportional take‐over bid for $9 million in 2015.

Over the next year Armour will either sell the shares on market or cancel them, although much depends on the NT election later this month, which could bring in a ban on fraccing in Labor wins at the polls.

AEP has also forgone its right to earn up to a 75% interest in Armour's NT tenements, and the JV agreements will be torn up.

"While not what we had hoped for from the relationship with AEP, nor what AEGP had agreed to, the untimely death of Mr McClendon, the difficulties associated with implementing the Supreme Court judgment, and in all the circumstances, the orderly disposal of the shares in Armour is an acceptable outcome," Armour executive chairman Nick Mather said.

He said Armour was again in control of 100% of its leases and applications in the NT and would continue to work to unlock its best estimate prospective resources of 4.9 trillion cubic feet of conventional gas and 30Tcf of unconventional gas.

Empire says it is still in discussions over its farm-out with the McClendon Estate, and is hopeful of a resolution, but it seems likely AEP's exit from the eastern NT leases will be simpler and less generous. 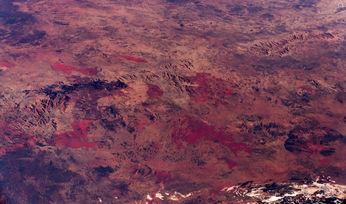 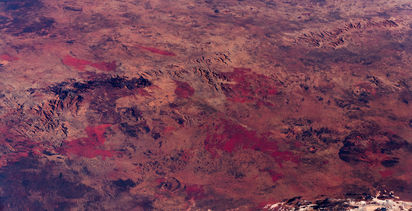