SOME of the last remaining permits in the onshore Carnarvon Basin are set to be relinquished, as yet another junior explorer decides the risks involved in wildcat exploration are simply too great.

New Standard Energy's new board, which is now under the control of major shareholder Huizhou Energy, says a technical review of the company's Merlinleigh project in Western Australia has raised technical concerns.

The company's new management has elected not to develop new work programs or renew its Merlinleigh permits when they fall due in August 2018.

Prior to its unsuccessful and poorly timed foray in the Cooper Basin and the Eagle Ford Shale in Texas, the Merlinleigh project in WA had been a high priority for NSE.

Covering some 5500sq.km of the onshore Carnarvon Basin, EP 481 and EP 482 were considered prospective for conventional reservoirs and shale & tight gas formations, and at one point Tap Oil had taken a position in the area surrounding Merlinleigh.

The project straddles the Dampier to Bunbury Natural Gas Pipeline and lies between the intensive energy demand areas of Western Australia's Pilbara and Mid West, providing both infrastructure and marketing options for the company.

NSE had been working on the project since 2012, when it secured native title agreements to covert the special prospecting authorities into exploration permits.

The project was centred around gas-mature source rocks in the early Permian that are prospective for hosting a significant gas resources, and there was a small gas discovery at Kennedy Range to help derisk the play.

It had lined up a rig for drilling of the 500 billion cubic feet prospect, but elected to spend its funds on what it considered lower-risk drilling in the US where production could be established more quickly.

The delay was supposed to give NSE time to find a farm-in partner.

NSE is in discussions with the WA government over its work program commitments, commitments the company can't meet given it has less than $250,000 in cash and shares in Sundance Energy Australia worth around twice that.

The company is considering a capital raising to help fund the pursuit of new projects given the lack of interest in its remote Southern Canning Goldwyer Formation shale project and Laurel Formation projects, where it again holds 100% after partners ConocoPhillips and PetroChina elected to cease investment. 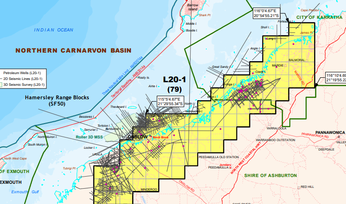 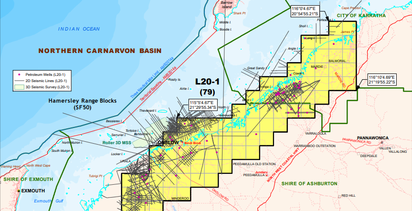