WITH no prospect of any action in its long-held Victorian assets due to a government ban on all exploration until 2020, Lakes Oil has beefed up its holdings in Queensland, taking a rank wildcat position in South Australia in the process. 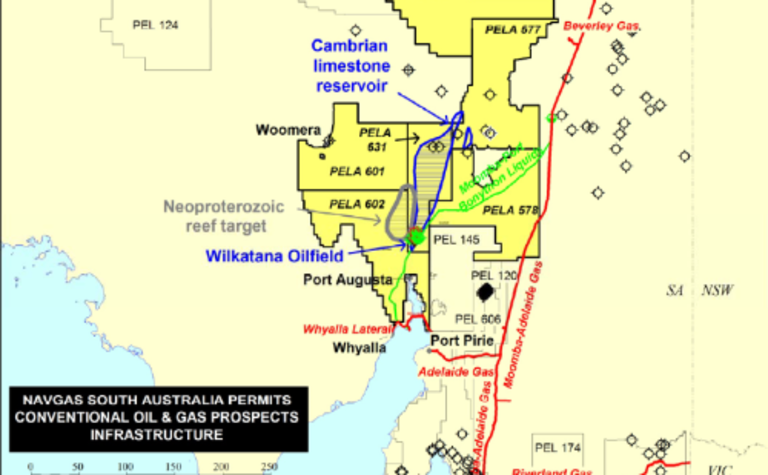 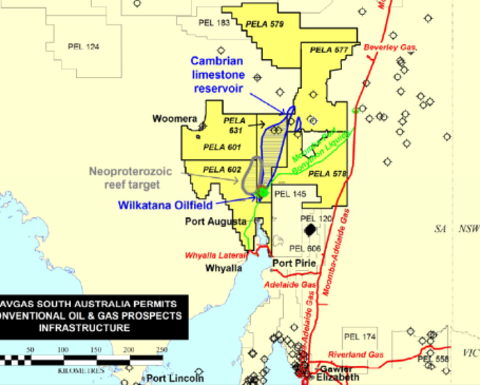 Lakes has taken a 4% position in Navgas, a subsidiary of the Nick Mather-controlled Dark Horse Resources.

Dark Horse is backed by Mather's DGR Global, which is also a substantial shareholder in the Mather-chaired Armour Energy, which is not only a major holder in Lakes but an oil producer on the Roma Shelf in its own right.

As part of the deal Dark Horse has purchased 40,000 Lakes converting notes with a face value of $10 each, which pay interest at the rate of 10% per annum.

Navgas controls the frontier Pirie Torrens oil and gas project in South Australia and the Roma Shelf project in Queensland.

The granted ATP1183 on the Roma Shelf is considered prospective for production of oil, gas and condensate as it is surrounded by and encloses existing production, including the Riversleigh oil and the Boxleigh gas fields.

Early work by Navgas estimates prospective resources of up to 44.9 million barrels of oil or 43.7 billion cubic feet of gas, and any discovery could be rapidly developed by tying into existing infrastructure such as that now owned by Armour.

The block has defined several leads in areas peripheral to the Major field, and in the area to the east between Major and Boxleigh.

The largest of these is the untested Riverslea West lead measuring 4.8sq.km which may host light oil and condensate, up-dip of the Riverslea field.

Navgas considers that previous drilling on the edge of closure was not an effective test.

The target oil, condensate, and gas bearing Showgrounds Sandstone is predicted to lie at about 1700m depth, below the 1440m primary target in the Evergreen Formation.

Several smaller oil leads have been identified within ATP 1183 in the vicinity of the shut‐in Martini oil field targeting the Moolayember Sands at about 1520m depth.

The prospect covers a massive oil-bearing structure that covers some 70 square kilometres sitting beside the Moomba to Adelaide pipeline that has never been explored with modern technology.

The Wilkatana area of the Arrowie Basin, appears to represent a super-giant Cambrian-aged oil field that was breached by erosion. Santos found oil and gas shows in Cambrian reef limestones and adjacent Protorezoic-aged Pound Quatzite and overlying Tertiary sediments.

The heavy oil field, which has similarities to the Shat Al Arab field in the Persian Gulf, proved to be too hard to explore and develop, so Santos switched its focus to the Cooper Basin, leaving Wilkatana to languish for decades.

In addition to the oil play there is a substantial gas story, which could be good news for gas-hungry SA.

Previous gas shows and small flows from the Blinman‐2 well from 1991 highlight the gas prospectivity of the Proterozoic organic shale package.

Blinman-2 drilled through 2031m of sediments of the late Adelaidean Umberatana Group on the flank of the Blinman Diapir and intersected several gas zones, including minor shows in a shallow breccia formation, and more significant shows in the Tapley Hill Formation, likely sourced from the Tindelpina Shale Member between 1550-1620m with maximum total organic contents of about 1.2%.

The target interval is interpreted to have a mean gross thickness of 100m, and could be at depths between 500m and 4000m below surface.

Navgas says there are similarities to the Proterozoic McArthur Basin in the Northern Territory, as well as analogous producing fields in Canada and the USA, including the Utica and Montney shale gas plays.

Navgas has promised 500km of new 2D and two shallow wells to 1000m once the areas are granted.

Lakes' new CEO Roland Sleeman said the company remains committed to its onshore gas assets in Victoria, but while it is stopped from undertaking any work it has made the investment in Navgas to securing the company's future against the backdrop of the Victorian Government's decisions to prohibit exploration.

He said the company remains open to increasing its stake in Navgas, and sees the new projects as a complement to the company's historic, but ongoing, Victorian focus

Dark Horse, previously known as Navaho Gold, put its toe into the oil and gas space water with the SA applications in 2012 and secured the Queensland leases in 2014 while it was looking for gold in the US, but these days it is more interested in its coal and lithium interests in Argentina.

Lakes also has two permits in the Queensland sector of the Cooper Basin, ATP 642P and ATP 662P, in an area that has limited seismic data and no exploration wells. 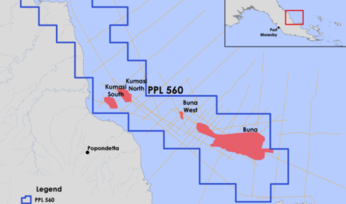 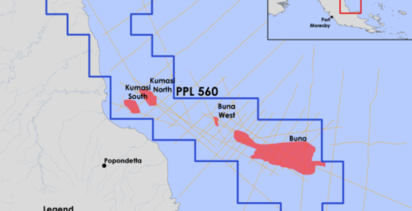