SANTOS has decided to extend its $606 million takeover offer for Queensland Gas Company until after the competition watchdog releases its findings. The hostile takeover bid had originally been due to expire on Friday, November 30. But under the extension, it will now close almost three weeks later on Tuesday, December 19.

Late last month, the Australian Competition and Consumer Commission invited submissions on whether the takeover would reduce competition in the eastern states gas market and also potentially thwart the PNG gas pipeline.

At the time, its main concern was that the Queensland gas market was already concentrated and the merger would only work to increase it.

The ACCC says it expects to announce its view of the proposed takeover on December 7.

At the commission’s request, Santos said in a statement on Friday that it has agreed to not acquire any QGC shares or assets during the offer period, without giving seven days’ prior notice.

Santos already holds 1.9 million shares or a 3.9% stake in QGC, which it acquired the day before launching the bid.

In the same statement to the Australian Stock Exchange, Santos said it had identified a “number of fundamental flaws” in QGC’s target’s statement, which it believed would mislead shareholders.

Santos, which reiterated its disappointment that QGC had not provided an independent valuation, said it was still reviewing the document to determine its position.

The final switch on: Charlie turns on the gas and ups Queensland supply. 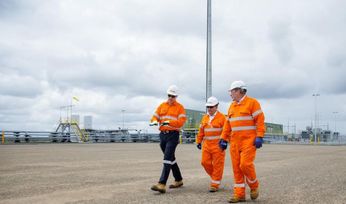 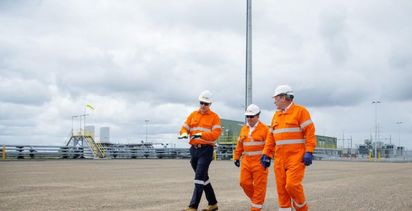