OVERNIGHT the Organisation of the Petroleum Exporting Countries (OPEC) made significant cuts to its forecasts for global oil demand this year. 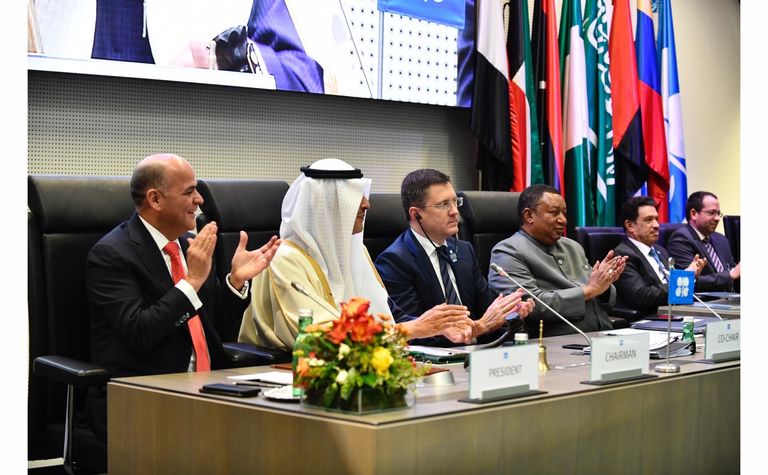 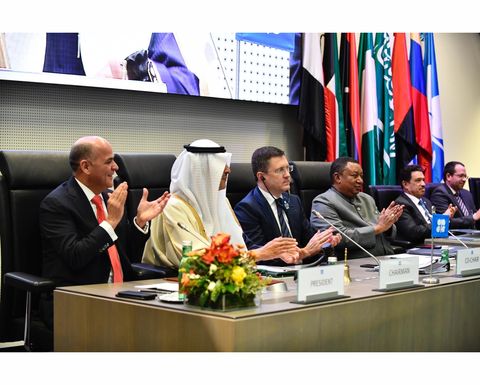 In its latest monthly report, OPEC slashed its forecast for oil demand by 2.23 million barrels a day.

This is on top of earlier cuts to forecasted demand from the oil cartel, which with allies like Russia pledged to cut production by 9.7MMbopd beginning May 1.

Saudi Arabia subsequently revised down its planned production by a further 1MMbopd and the UAW by another 100,000bopd.

It now expects crude demand to fall by 9.07MMbopd this year over last.

According to OPEC the "worst contractions" will take place in the second half of the year and comes as the world economy faces a 3.4% fall in growth.

However, the cartel said some efforts by global governments to stem the economic fallout by lifting restrictions caused by the COVID-19 pandemic are already being felt.

"Demand contraction in 2020 can be mitigated with sooner than expected easing of government COVID-19 related measures, and faster response of global growth to the implemented extraordinary stimulus packages," OPEC said.

Offsetting the massive decline in demand, OPEC also cut its supply projections by a further 2MMbopd.

The organisation now expects supply total global cuts of around 3.5Mmbbls of oil per day as oil and gas operators shut-in wells and push back major projects.

According to the data the biggest cuts to production will unsurprisingly come from North America, where the shale sector has been particularly hard-hit from the oil price crash and COVID-19 restrictions.

The most recent analysis from Rystad Energy echoes OPEC's view, with US shut-ins to reach "at least" 2MMbopd in June as producers "walk the walk."

OPEC made special mention of Australia in its monthly report, saying it's one of only four countries expected to experience production growth this year. The three other countries to see supply growth are Guyana, Brazil and Norway.

"Oil supply in 2020 is now forecast to grow only in Norway, Brazil, Guyana and Australia," OPEC said.

Overnight the state-owned Saudi Press Agency revealed Russia and Saudi Arabia had held a teleconference call following the release of the OPEC report.

The call, between Saudi crown prince Abdulaziz Mohammad bin Salman and Russian minister for energy Alexander Novak, was aimed at reassuring global oil markets which have seen stark oil price declines over the last three months after the two countries failed to negotiate production cuts at an OPEC+ meeting in early March.

That failure led to both committing to loosening the spigots and producing at unconstrained rates.

"Our countries remain fully committed to achieving the goal of stabilising global petroleum markets and accelerating the rebalancing of them," the two countries said in a joint statement following the call.

"We would also like to express our satisfaction with the signs of improvement that have recently appeared on economic and market indicators."