The Melbourne-based company today said the Phase 2 program has been designed to establish reserves across the Gloucester Basin and to ascertain production capabilities prior to a development decision.

The initial production pilot will be located around the Stratford Prospect, comprising four new wells and an existing production evaluation well LMG03.

The company said the Stratford Prospect is geologically well defined by nine cored CSM wells in the Gloucester Coal Measures, which identified an estimated 90 petajoules of gas in-place within its 5 square kilometre area.

“Early and unstabilised flow rates from LMG03 of 650,000 cubic feet of gas a day have given Molopo early encouragement as to the production potential of the region,” it said.

“The new exploration drilling program will further assess the CBM potential in the northern, central and southern portions of the Basin.”

Based on results from the program, Phase 2 may eventually comprise a total of 12 cored wells, three separate production pilots of possibly five wells each, and additional aeromagnetic work.

It could also include seismic that will involve capital spending of about $13-15 million over the next 18 months, the company said.

The Gloucester Basin permit is about 100km north of Newcastle, where gas prices are expected to exceed other major east coast markets such as Sydney and Brisbane.

The permit covers an area of 1050sq.km, with over 200sq.km of prospective coal measure sequence.

Molopo has a 30% interest in the permit while operator AJ Lucas holds 70%. 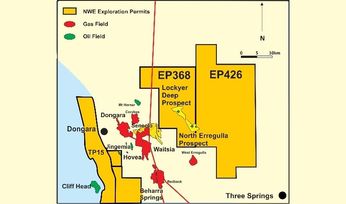 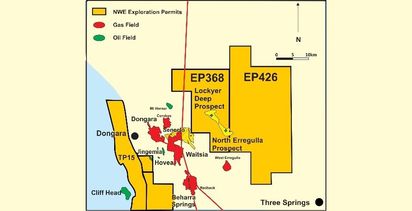