In a statement yesterday, Sydney Gas said the EM31 well, which was drilled to a total depth of 918 metres, was now awaiting completion for flow testing and reservoir pressure measurements.

The decision to drill this well came from the analysis of log and other Marrangaroo reservoir data collected while re-entering the APAP-1 coal seam methane exploration well in March this year.

The EM31 well is located about 5.3km southeast and about 75m updip from the APAP-1 well, where a low flow rate of gas was encountered.

Two other wells, Picton 3 and MT 9, in the area have also previously flowed a small volume of gas from Marrangaroo Conglomerate.

“Given the expected low permeability of the Marrangaroo reservoir and the gas flow test results at APAP 1, it was decided to fracture stimulate EM31, [which] was successfully completed on 31 May,” Sydney Gas said.

“The well was expected to be completed [yesterday] for subsequent gas flow testing and reservoir pressure measurements.”

Wells to be put into production soon 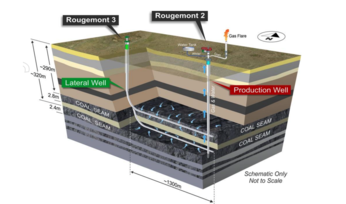 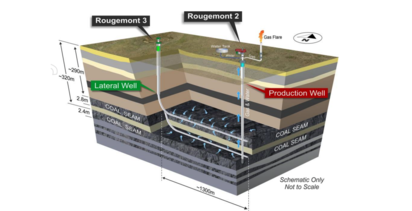