LESS than a fortnight after Santos (80%) and Carnarvon Petroleum (20%) told the market that they had confirmed a “major” oil and gas resource from their Dorado-2 well, the joint venture has announced the spudding of the Roc South-1 well. 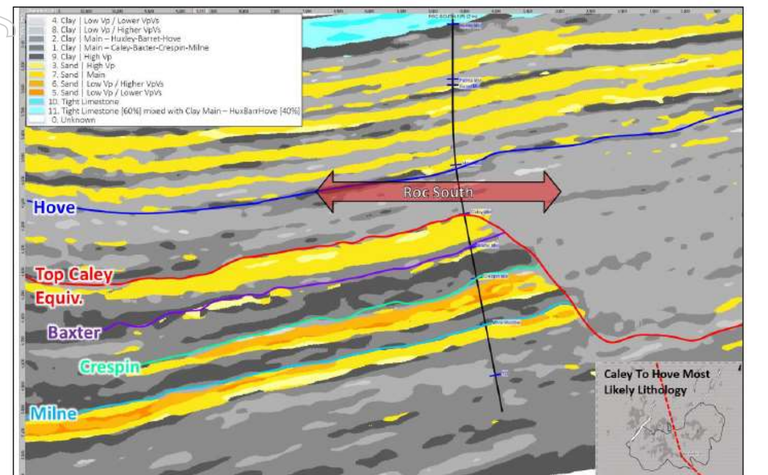 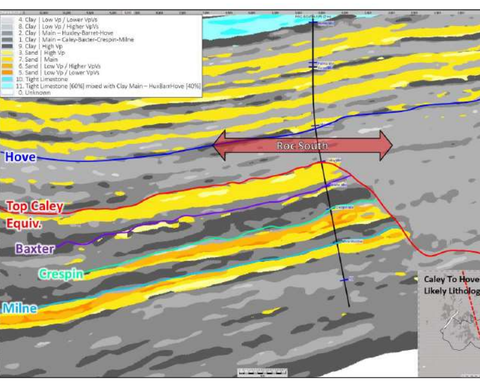 The well is being drilled using the Noble Tom Prosser jack-up rig and the drillbit was last reported at around 195m.

The JV will install surface casing before drilling down to the next casing point at 1200m. Planned total depth is 5000m.

Roc South-1 is targeting primary objectives in the Caley, Baxter, Crespin, and Milne members of the lower Keraudren Formation, the same plays at Dorado-1.

In the main Caley target, similar reservoir to that intersected in Dorado and Roc are expected to be present.

"It will take approximately three weeks to drill and set surface and immediate casing to the point just above the main Caley reservoir," Carnarvon said.

Following drilling of Roc South-1, the rig will then move to drill the Dorado-3 appraisal well.

Dorado-2 encountered 40m of net oil pay in the Caley Member and an additional 11m in the Upper Caley sands.

Carnarvon said the excellent reservoir properties were comparable to those discovered in Dorado-1 were 171m of oil-bearing sands were intersected, making it the third-largest oil find off the North West Shelf in history.

It said the condensate-rich Baxter column "likely extends for several hundred metres and may also encompass the Roc South structure at this level."

Last month the Carnarvon-Santos joint venture announced a new 3D seismic survey was underway over the Dorado and Roc discoveries as well as a number of nearby prospects.

The 3090sq.km Keraudren 3D seismic survey will form the foundation of future field development and help the partners high-grade future exploration targets across WA-437-P and WA-438-P.

At the PESA Australian Exploration Review last month at the APPEA conference presenter David Spring from Senex Energy said Dorado-1 had accounted for 283 million barrels of oil equivalent of the total of 440MMboe of discovered hydrocarbons in Australia last year.

It was the most significant discovery since the 1990s, he said. 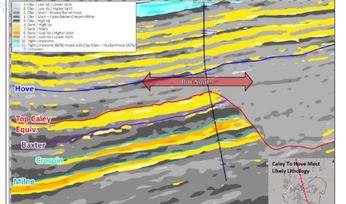 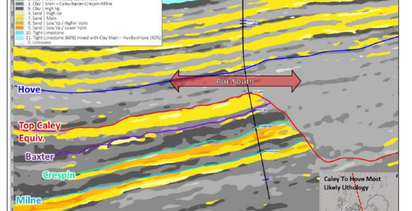 May spud for Dorado: Carnarvon