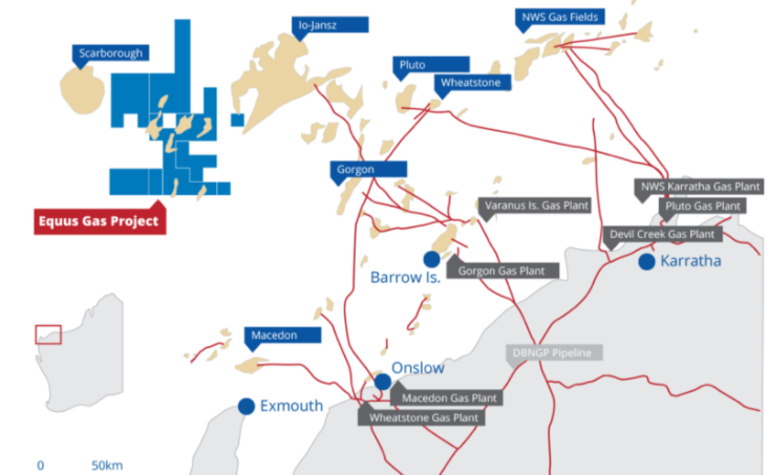 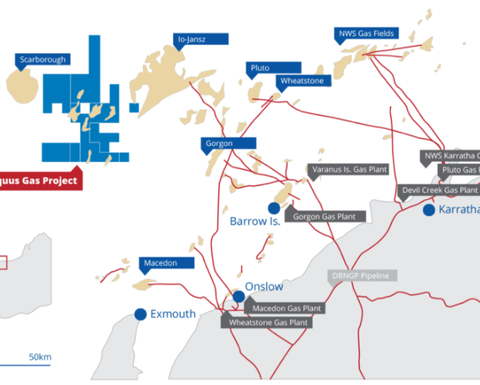 Contractors McDermott and Baker Hughes have completed the upstream LNG development plan and Western Gas has begun project financing and partnering activities, hiring investment bank Goldman Sachs to assist.
Equus, which the privately-run Western Gas took over in 2017, has an independently certified resource of two trillion cubic feet of gas and 42 million barrels of condensate.
The development plan is made up of three production wells to be tied back to a floating production storage and offtake facility, a 160 kilometre dry gas export pipeline to a nearshore two million tonne per annum floating LNG  facility and an onshore pipeline connection.
"Equus is at the right stage of development where the introduction of an experienced and financially capable partner can help progress the project to first gas and realise the value of the greater Equus area," executive director Andrew Leibovitch said.
"The partnering process together with the preparation of the project work packages will deliver Western Gas with the financial, project delivery and operational expertise to drive Equus into production in 2024."
In sounds rather like a sly shot at Woodside Petroleum's endless headaches pursuing partner alignment at its Scarborough and Browse fields and onshore facilities Pluto LNG and the North West Shelf venture it operates with five other equal partners, Leibovitch said "with no joint venture misalignment Western Gas has full control of project design, delivery and partnering across the value chain".
More than US$1.5 billion has been spent on exploration, appraisal, engineering and development planning for Equus since 2007 under previous owner Hess, which write down the full value of the project by US$700 million as it refocused its priorities in 2017.
Under Hess, Equss was considered a potential source of gas for the Pluto, North West Shelf or Wheatstone LNG projects.
The US company bet big to win the area, drilling 16 wells, 14 successful, to make eight new field discoveries: Mentorc, Bravo, Nimblefoot, Chester, Rimfire, Glenloth and Briseis.
Energy News also understands Western Gas has been in talks with local companies over the supply of third-party gas to its facilities, but it has kept silent on whom.
With the Perth Basin now holding far larger gas resources than previously thought, evidenced by the Waitsia and West Erregulla discoveries, the state is awash with gas, and Strike Energy has suggested it could reverse the pipelines and send West Erregulla gas to the North West Shelf as backfill during field the period between field decline and possible start-up of the Browse fields.
At the same time Western Gas' development project is designed to ultimately function as a hub that can also help develop many of the smaller, stranded half trillion cubic foot fields offshore Western Australia in the prolific Carnarvon Basin. 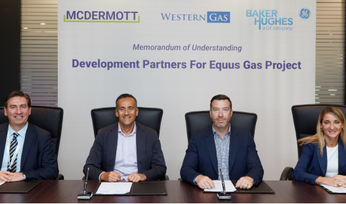 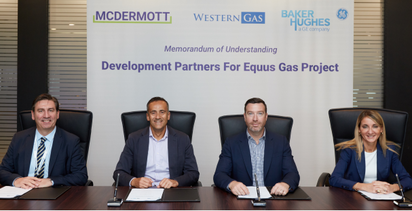 Equus to gallop ahead as MoUs signed with McDermott, BHG

Strike cashed up and moving quickly with West Erregulla development