THE EXTRAORDINARY oil price crash and the COVID-19 pandemic dealt a massive blow to FAR Limited’s shareprice and left management scrambling after financing options for its flagship Sangomar oil project fell through. Australian oil and gas explorer, FAR Ltd, may yet get through the Coronavirus and oil price crisis. CEO Cath Norman.

A final investment decision for the Sangomar project was made in January this year.

Sangomar will be developed in three phases and is the Australian company's core asset. Its share of the development cost is around A$835 million.

FAR Ltd approached several lenders to fund its share of the phase one development, however when the oil price crashed amid Russia-Saudi tensions which flooded the market with excess oil, and the outbreak of COVID-19 became a pandemic, banks suddenly withdrew their financing support.

Macquarie, BNP Paribas and Glencore were the major financial institutions backing the junior at the time.

The company is currently staring at a $50 million to $60 million shortfall for the phase one development.

"We were effectively dotting the i's and crossing the t's… in a robust position" when the market fell apart, Norman said.

"For all intents and purposes, we were very confident that financing was in place to participate in the development [prior to COVID-19 and oil price rout]," Norman reiterated.

At the start of this month, FAR told shareholders it would look to farm down its interes, and this  is still on the table with suitors in  the data room, she said, but it also has not given up on financing options either.

"We are reworking our debt options… and considering potential new lenders," Norman said at the AGM.

"We haven't killed financing yet, and we're hoping to reignite it in the coming weeks."

Norman also noted FAR had been given just six weeks to finalise financing from lenders, partly due to discussions between Woodside and the joint venture over whether or not to own the floating production storage offloading vessel or loan one for the development of the field, something the JV began considering late last year.

They opted for a newbuild, with the contract awarded to Japan's Modec.

These discussions, along with timing issues to do with exploitation license grants and "other moving parts" led to the FAR's tricky position when the oil price nosedived to historical lows in March.

FAR and operator Woodside have reevaluated the Sangomar project, since the pandemic began.

Woodside has created a new three-prong approach to the development, which could offer FAR breathing space and an opportunity to reduce expected expenditure to participate in the project.

"The three initiatives are rescoping; rephasing; and repricing," Norman said.

Rescoping will involve development drilling and scoping out options to cut capital expenditure while not affecting the reserves.

The rephasing effort will focus on pushing back drilling and associated costs to a time when the oil price rises.

The project is considered commercial at a breakeven price of between US$22 a barrel and US$30/bbl, which Brent quality crude is now selling above.

"We will have a sustainable oilfield going forward in the future," Norman said.

The third measure Woodside proposed is repricing - an option that is sure to hit contractors hard.

Woodside and FAR Ltd are going back to contractors to reprice services such as drilling contracts and the construction of the FPSO.

Diamond Offshore was awarded the contract to drill the Sangomar development, however the company filed for Chapter 11 bankruptcy recently, which she said was "concerning" to the JV; however, it does give FAR some breathing space and could open the door to re-contracting services.

Norman also noted the FPSO contract which was awarded to Japanese shipbuilder Modec.

Initially Modec had pushed the FPSO construction back, but after such a change in market conditions Modec now sees the FPSO as its main contract.

"The build is one of Modec's main projects ahead for them, which hopefully gives us some leverage to renegotiate," Norman said, "this is all very live at the moment."

Norman said capital expenditure costs of the Sangomar development were expected to cost FAR around $170 million for the year, but with Woodside's help in renegotiating contracts that could come down.

"Woodside as the operator are doing a brilliant job," Norman noted.

Despite Norman's optimism she could not prevent some shareholders from selling off shares today.

FARwas down 6.25% following the AGM at 1.5 cents per share, giving the company - which was tipped to become a midcap - a market cap of $159 million. Just six months ago shares were worth in the region of 5 cents. 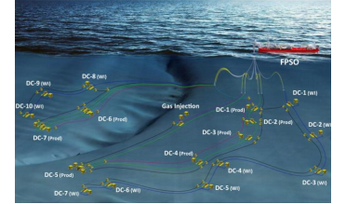 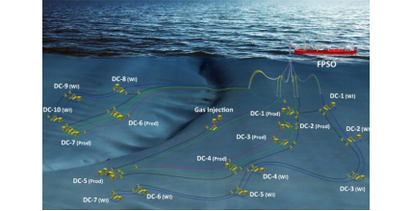