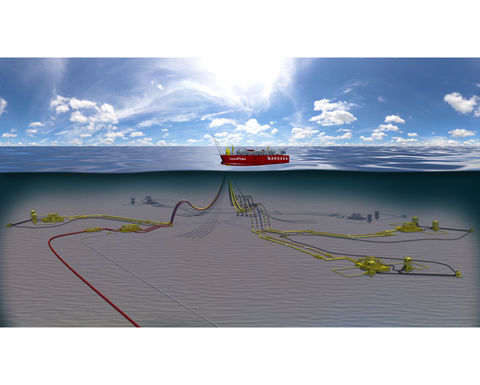 Santos has held the title since 2012 as a retention license renewing the initial five-year term in October 2017 and was approved to transition to a production license Friday after its application March 27.
The 841sq.km field is in the Bonaparte Basin and contains 10 blocks.
Barossa was due for final investment decision in the June quarter and would be destined as backfill for the Darwin LNG plant as the current Bayu Undan field goes into decline.
"Barossa remains an important project for Santos due to its brownfield nature and its low cost of supply," managing director Kevin Gallagher said March 23 when he announced the company had delayed sanction thanks to market conditions.
It said then it would cut spending by almost 40% this year, making it then the second major ASX-listed oiler to revise guidance.
Santos will lower its capital expenditure this year by $550 million and will cut $50 million from cash production costs.
Though DLNG was always due to be shut in before development of Barossa that delay is now expected to be longer, hitting Australia's forecast future LNG exports.
In October it announced it was taking a larger share of the assets it already shared with ConocoPhillips for a total of $1.4 billion, but would sell down 25%  interest in Bayu-Undan and DLNG to SK E&S for $390 million, giving the latter a larger stake.
The sale completed in late May for a revised down price of US$1.25 billion.
However the deal also saw an increased contingent payment of $200 million on sanction of Barossa, up from an original $75 million.
The National Offshore Petroleum Safety and Environment Management Authority greenlit the Barossa pipeline development in early March.
Development of the Barossa field will include an FPSO which will separate condensate and gas. The dehydrated gas will then be piped to the onshore Darwin LNG plant for processing.
Condensate will be exported directly from the FPSO.
Barossa is expected to produce 3.7 million tonnes of LNG and 1.5 million barrels of condensate per year over a 25-year life. 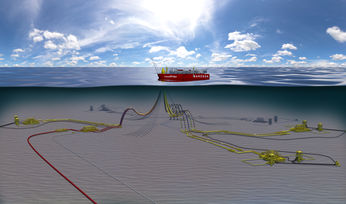 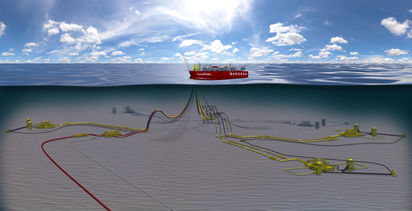