FIVE elderly protesters glued themselves to the lobby windows of QV1 at lunchtime Friday, protesting Chevron Corporation’s oil and gas operations and the government’s so called gas-fired recovery. 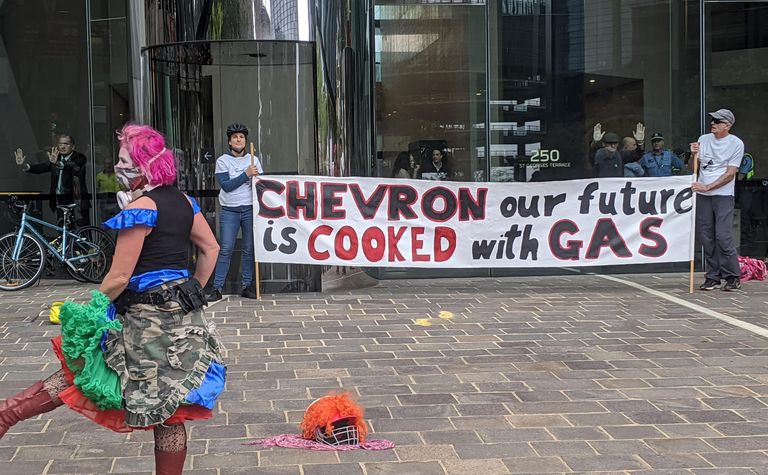 The five protesters and around 20 other protesters held banners and shouted slogans, as security and police were called in to remove those who had glued themselves to the building's lobby windows.

They were from group grandparents for Climate Action, and are affiliated with the broader Extinction Rebellion activist movement.

The protesters have vowed to continue to protest until the entire carbon extraction industry winds down its activities, according to a press statement, saying the technologies for a green recovery are already available.

"I've got ten grandchildren, I'm on my way out, but I'd like my grandchildren to have a future," 80-year-old Colene told Energy News.

"Hydrogen doesn't need to be made by gas, gas leaks methane which is more deadly than carbon, it's really disappointing that we're just sticking with an old technology through old habits…we'll be left behind because partners won't want to buy carbon produced products."

"We could be so successful at selling hydrogen created from alternative energy."

Six protesters were arrested, including one dressed as a clown, who was led away in handcuffs. The five who glued themselves to the building were unstuck before being led away by police. 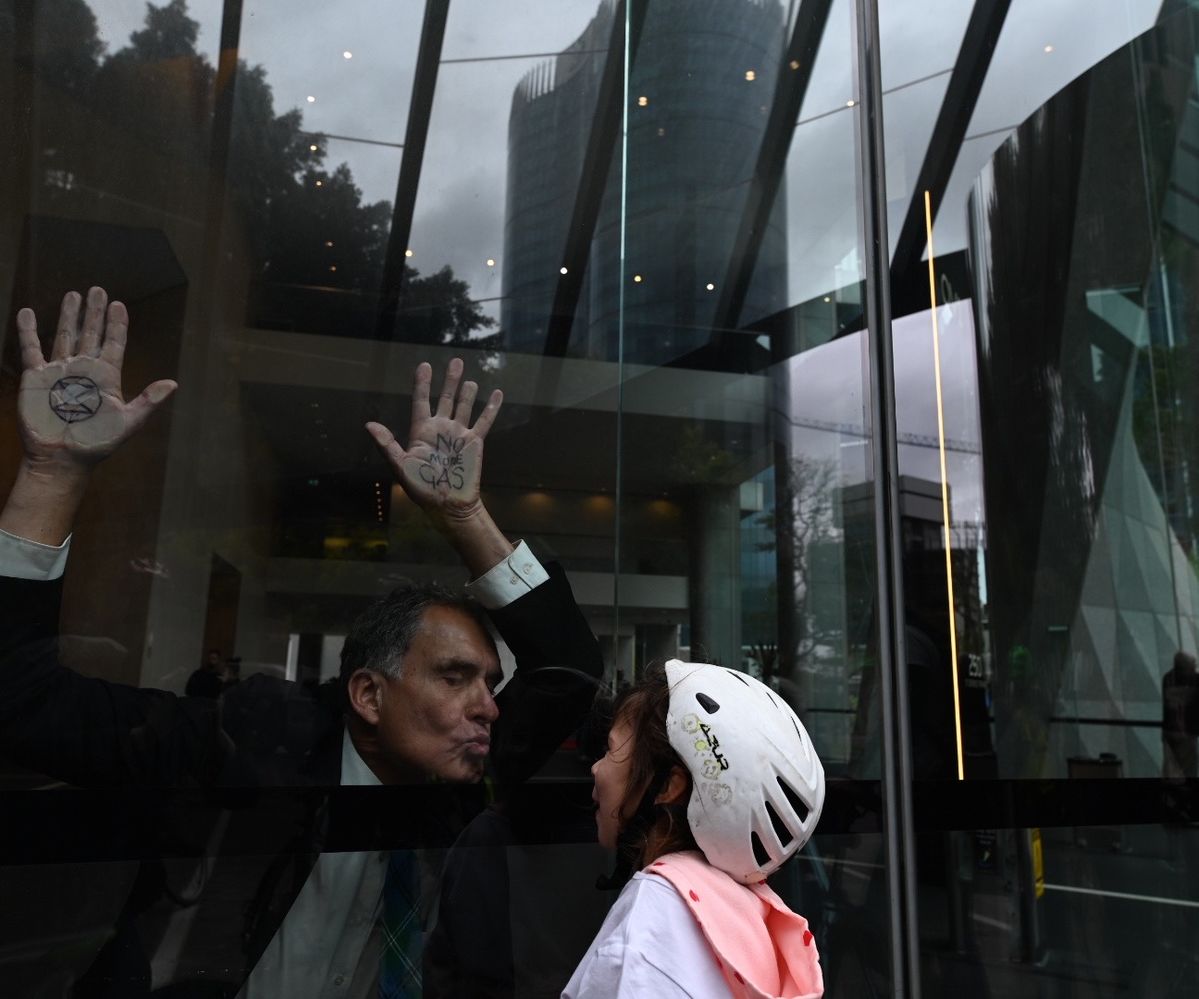 Energy News understands the five protestors were among the group who glued themselves to the public gallery at parliament house earlier this year to protest Woodside Petroleum's plans for the Burrup Hub.

Chevron is generally seen as an environmental pariah, with its own Anti-Chevron day on May 21.

The Grandparents for Climate Action claim Chevron is the largest polluter in the world, but is also protesting against governments, both state and federal, policies that support industry.