A Korean consortium will spearhead Amity Oil's latest attempt to produce commercial rates of gas from the problematic Whicher Range Gasfield in the southern Perth Basin.

The deal sees the Korean National Oil Corporation (KNOC) and Seoul City Gas Company commit up to $6.7 million for exploration on a field that offers a resource of around 3.7 trillion cubic feet.

Whicher Range-1 was first drilled - in a search for oil - in 1968 by Union Oil. The next attempt - this time for gas - was in 1980 by MESA which later became part of the Western Mining group.

"In the upcoming Whicher Range-5 well the joint venture will use underbalanced air mist drilling, a proven technique that has been successfully used on tight gas reservoirs in North America and Australia. This technique will prevent damage to the reservoir and provide the best possible access to the gas resource," said Allchurch.

The deal will see KNOC and SGC earn a 20% and 15% interest respectively in exploration permit EP-40B by conducting and co-funding exploration activities and drilling one new well in the permit.

If the joint venture can successfully tap the resource its location means it can avoid the $1.11 per gigajoule pipeline transport costs placed on North West Shelf gas, giving it a significant price advantage. 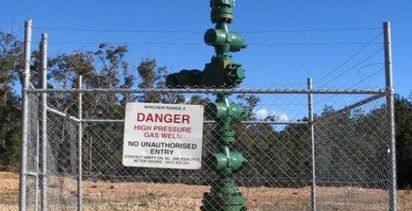