Busy time ahead for NZOG

NZOG exploration manager Eric Matthews said there had been some very interesting developments since the 2002 annual report had been completed.

The most significant of these was the completion of arrangements to drill the high impact Tui prospect, in PEP 38460 offshore Taranaki, early in the New Year.

Previous discord and subsequent delays between the Ngatoro joint venture partners had been overcome to the extent that the Tabla-1 well would be drilled in coming weeks.

Thirdly, NZOG had just yesterday acquired a 20% equity in licence PEP 38718 onshore Taranaki, containing the Tuihu gas prospect which had the potential to contain up to 100 bcf of gas. The Tuihu-1 well would be re-drilled during 2003, with a good chance of early production.

Fifthly, the company last week announced its first ever share offer in which all shareholders had the opportunity to participate.

Lastly, and the only NZOG negative, was the continuing delays in gaining land access to the Pike River coalfield in the South Island.

Matthews said he was very pleased with the company’s progress on several petroleum fronts.

The Tabla-1 well was scheduled to spud next week to test a shallow Miocene-aged Mt Messenger play in the Tabla prospect within the Ngatoro mining licence. Tabla could hold up to 1.5 million barrels of oil or oil equivalent.

The differences between NZOG and its co-venturer Greymouth Petroleum, on how to maintain reservoir pressure support at the maturing Ngatoro field, should be resolved soon. NZOG, which believed an additional 1.8 million barrels of oil could be recovered through water injection, wanted to start that project immediately.

Mathews said identification of new potential in PEP38472 had only crystallised in recent weeks, with refined data analysis over the Gamma area revealing the “Ray” lead. This had the potential to be a massive oil target, up to 500 million barrels of oil, and should be further delineated once new seismic had been shot, probably in conjunction with Shell, Todd and OMV, which planned a 1200km survey over their new offshore licences PEP 38481 and 38482 in early 2003.

Matthews said the Australian Maritime College vessel Bluefin was scheduled to arrive in Taranaki waters in early December to conduct a site survey for the optimal drilling position of the Tui prospect, which had the potential to contain up to 700 million barrels of oil.

The full details of the NZOG share purchase plan, which was announced on November 21, would be sent out in mid-December. Shareholders would have four choices of how much they wish to invest in new shares – $NZ500, $NZ1800, $NZ3000, or $NZ6000 - with Australian shareholders able to subscribe to similar amounts denominated in Australian currency. 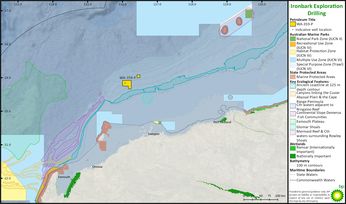 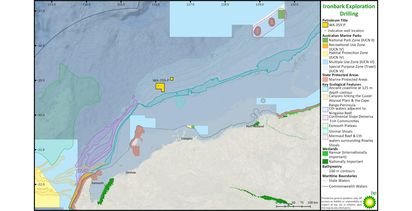