Indo-Pacific Energy has announced a rich gas strike at its Kahili-1B sidetrack well in its onshore Taranaki licence PEP 38736.

Company chief executive Dave Bennett told EnergyReview.Net today he was thrilled with the results of flow testing so far and planned to bring the well, east of Inglewood, into commercial production as soon as possible.

"We are very pleased with these initial flow results; and following completion of our flow tests we will be working with our partners to bring the Kahili field into profitable production without delay."

Flow testing of the topmost 15m of the Tariki sandstones in the Kahili-1B well started Tuesday and casing was perforated over the interval from 2824m to 2839m. During a 2 1/2 hour flow period, the well flowed at rates of 5 million cubic foot of gas per day through a 1/2" choke.

Bennett said further improvements in productivity were expected as the well cleaned up and was flowed on larger choke sizes.

The gas was rich in condensate, judging from the colour of the flare and the oil produced during initial testing. No stabilised ratios of gas to condensate were available, though Bennett said initial flows of 5 mmscfd of gas and 400 bopd of condensate already made Kahili an economically viable find.

It was too early to think about appraising the field, though upside potential existed for further drilling into the structure updip from the present location.

A multi-rate test of the well, consisting of 8-hour flows on four different choke sizes, was scheduled to continue until Thursday night, followed by a 72-hour pressure buildup, to provide data relevant to long term productivity and reserves.

Bennett said it was possible any of the electricity generators Genesis Power, Contact Energy, or Mighty River Power could be interested in purchasing Kahili gas for use in their thermal power stations.

It is likely condensate will initially be trucked to Swift Energy's Waihapa production station for processing.

Tap Oil estimates potential recoverable volumes at Kahili could be of around 14 mmbbls of oil and 18 bcf of gas.

Bennett said a further statement would be made once flow testing had been completed in about five days. Kahili is Indo-Pacific's second hydrocarbon find in less than two years, following the Goldie crude oil discovery within the Ngatoro mining licence in March, 2001. 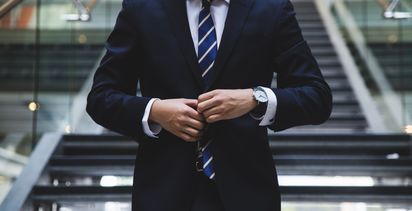