Innamincka Petroleum has been in all the financial headlines over recent weeks but the ASX-listed Regal Petroleum, with former Troy-Ikoda Perth manager Chris Lewis as exploration and production manager, is also making for interesting reading following some astounding success in Greece which has seen its Australian investors laughing all the way to the bank.

After stumping up seed capital at A$1.00, backers have seen the company’s share soar to 3.17 pounds on the back of a 100m net oil pay from its Kallirachi-1 exploration well.

The company said that surface fluid samples from the flow of the well, as well as log and core measurements, proved the presence of sweet (37 degreesAPI), high quality oil in multi-layered sandstone pay zones. The well is interpreted as being at the South West edge of the structure where the sands are less well developed.

No oil-water contact was encountered and the well has proved hydrocarbons down to 2555m. Accordingly, the reservoir is open on depth.

Well data analysis suggests that this well can conservatively produce up to 2,000bopd with probable and possible oil-in-place volume expected to be up to 650MMstb (240 million recoverable).

"The Kallirachi find has exceeded our expectations by a considerable margin. The discovery of a sweet oil reservoir of such proportions, with Regal's significant infrastructure already in place in an important EU country, underpins the considerable potential of Regal. Combined with the expected increase in production from Prinos and Prinos North and the planned development of Epsilon, Regal is on the way to becoming a significant oil producer within Europe,” said executive chairman Frank Timis.

Infill drilling of 4 wells is to be carried out in the unexploited newly discovered pools in the Prinos and Prinos North Fields commencing in May 2004. In addition, three more submersible pumps are to be installed this year.

"It will be a major number" 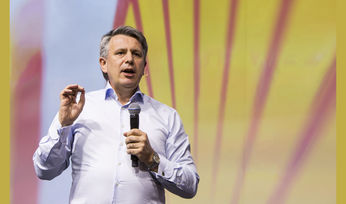 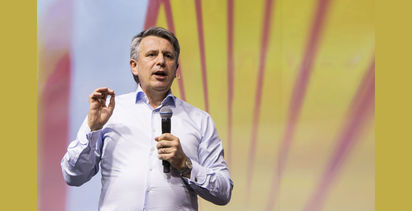 Market puts the heat on 1414 Degrees during quarter