An inquest into the death of Rodney Fiechtner has been told the 40-year-old gas and oilfield rigger died in an attempt to save the lives of his co-workers.

Employed by Century Resources, Fiechtner was manager of the number one rig at Myall Creek near Surat, in far-western Queensland, on April 7 last year. It was drilling for Origin Energy subsidiary, Oil Company of Australia.

Regional Chief Inspector for the Department of Natural Resources Mines and Energy, Brendan Galloway, told the Brisbane Coroners Court that two other rig workers, Matthew Browne and Matthew Boyle, were dismantling wellhead equipment when there was a gas blowout involving an uncontrolled release of gas.

Fiechtner then ran towards nearby diesel engines in a bid to stop an explosion but was knocked down by a massive blast that resulted in burns to 80% of his body. He was evacuated to the Royal Brisbane Hospital where he died the same day while Browne and Boyle were both treated for minor burns.

"He ran from a position of comparative safety to one of grave danger and was engulfed in flames," Galloway said.

In his report on the incident Galloway made 13 recommendations to State Coroner Michael Barnes including the use of a remote emergency shut-down facility on rigs and that a review be conducted into the control of ignition sources.

Century Resources suffered another blowout earlier this year on the Tarantula-1 well in Western Australia, this time four men received minor scalds, with gas flowing uncontrolled for over two weeks.

The inquest is scheduled to continue for a further four days. 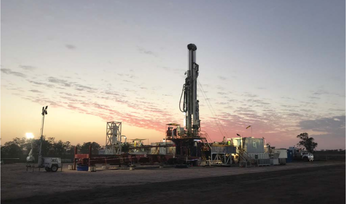 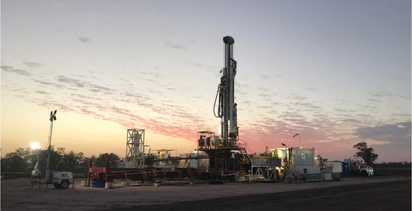