THE Perth-based foundation shareholders in Regal Petroleum who didnt take profits when the AIM-listed company spiked on the back of a Greek oil discovery will be rueing their inaction. In early March Regal was trading over £5.00 but has been savaged recently on disappointing drilling results, closing this week under 90 pence. 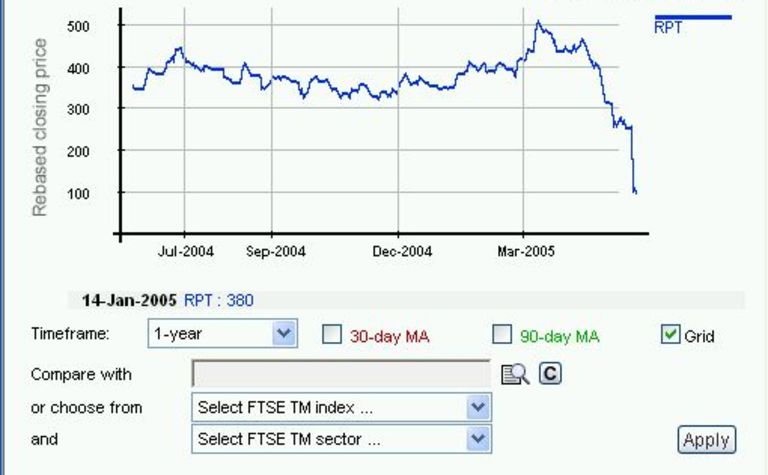 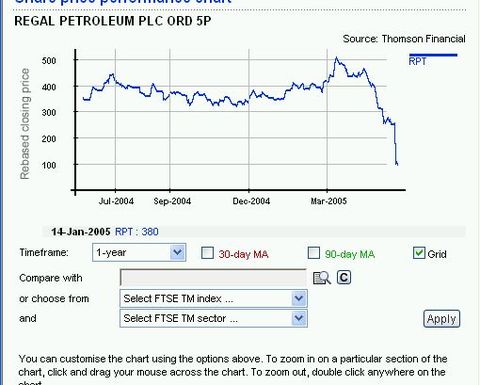 Last week £220 million was wiped off the market value of Regal Petroleum after its share price collapsed following the disclosure that one of the firm’s key wells was "uncommercial".

Regal was floated in the UK after seed capital was raised in Perth. But follow-up drilling on its Greek Kallirachi oil discovery has not been as positive as the company was hoping.

“Hydrocarbons were flowed to surface, however, due to low permeability the flow rates from the well were deemed non-commercial,” said a Regal statement on 18 May.

“The well tests confirmed good reservoir pressure and porosity but low permeability. Gas and oil (42.5 API) were flowed to surface during the well test at rates of 30 barrels of oil per day and 145,000 cubic feet of gas per day.”

By the time the testing report was published RPT had slid from its £5.09 high to around £2.55. The day of the report Regal dropped to £1.00 and has languished since then.

The company said the well was interpreted to be in a less than optimal position in the basin.

“It is now planned to complete a detailed analysis of the Kallirachi-2 well results, in conjunction with the existing results from 3D seismic interpretation and the Kallirachi-1 well test, in order to target new well locations with higher permeability.”

Regal said the new work program would six to nine months to complete. 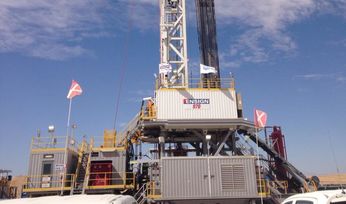 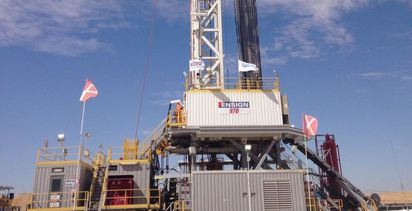 Kanga-1 comes up a duster

Santos dances into a duster