MARION Energy and its US-based partners intend to fast-track the Helper project in Utah, following successful and encouraging results at five wells in various stages of completion.

The company told the ASX this morning it expected to start drilling three new wells at Helper in the next four to six weeks.

“Following the very strong gas flow rate established in the KRR-1 well, the early encouraging results in the completion of the KRR-2 and the numerous gas shows encountered in the drilling of the Cordingly Canyon 15-1, 15-2 and Ball Park Canyon-1 wells, the company and its partners have decided to accelerate the drilling program at Helper,” Marion CEO Jeff Clarke said.

The company said preliminary indications were “very encouraging”, with numerous gas shows encountered while drilling. This was the fifth of a 10-well program currently planned for the Helper project.

Completion and testing will now start at Ball Park Canyon-1 and the Cordingly Canyon 15-1 and 15-2 wells, Marion said.

Upon trouble-free operations, Marion expects all three wells, which encountered numerous gas shows while drilling, will be completed in the March 2006 quarter.

These wells followed last month’s successful testing of the KRR-1 well, which flowed 1.3 million cubic feet of gas per day, and is to be put on production in the next week.

Marion said this flow was over four times the average rate for the area. It expects this well to generate US$1 million (A$1.35 million) cash flow per annum to the company.

Completion and testing of the KRR-2 well had been delayed due to adverse weather conditions, Marion said.

“Snowfalls in the area have been twice the historic average,” Clarke said.

“However, access to the well site has recently improved and these operations are now nearly completed and it is anticipated that a final stabilised flow rate will be announced in the near future."

He also described the initial completion results from this well as “very encouraging.”

The Helper project comprises about 5000 acres along the northern edge of the Helper Field, which is part of the substantial Drunkards Wash complex - the largest producing gas field in Utah.

One Marion's partners in the project is recently listed Australian-headquartered company Odyssey Energy.

Elsewhere in Utah, the company plans to next month start drilling its Clear Creek project, after contracting a rig and submitting permit applications to drill four wells.

Testing at Utah Fuel-12 is also continuing, said Marion, which has a 67.5% working interest in the project.

The Clear Creek unit - which comprises about 17,090 acres – is in Carbon and Emery counties, about 12 miles (19km) west of the Drunkards Wash field in the Uinta Basin in central Utah. 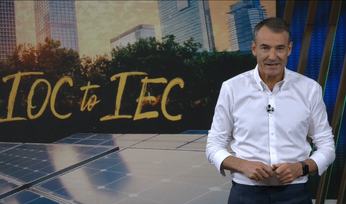 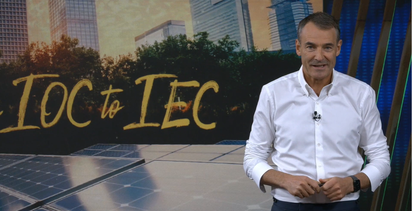