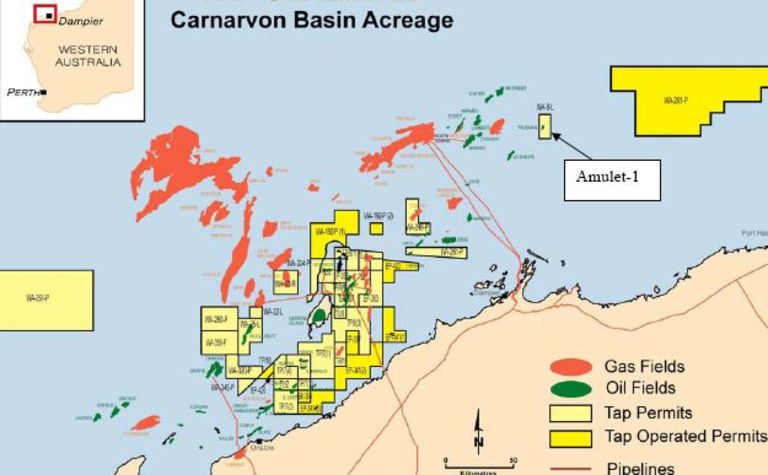 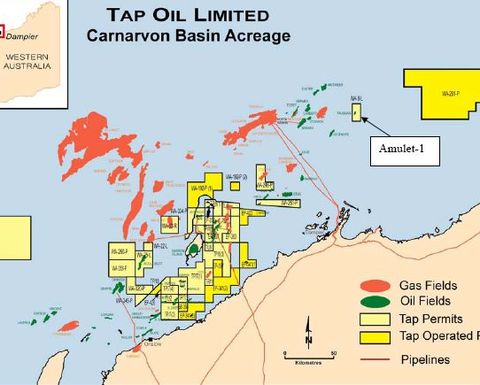 But the company said while this result was encouraging, the commercial viability of the discovery was yet to be determined.

Yesterday morning, Amulet-1 was drilled to a revised total depth of 2060 metres and logs, pressure data and oil samples had been acquired.

“The oil column intersected is below Tap’s pre-drill expectations [of between 30 and 40 million barrels of oil] indicating that recoverable volumes are likely to be substantially less that the pre-drill estimates,” Tap managing director Paul Underwood said.

“The forward evaluation program of coring and sidetracking will assist in estimating the recoverable volumes and hence provide an indication of the commerciality of the field. This information is expected to be available over the next few weeks.”

Original pre-drill estimates suggested the Amulet-1, which is 133km north-northeast of Dampier, was targeting a prospect with the potential to contain between 30 and 40 million barrels of recoverable oil reserves, the Perth-based company said.

The well site is also about 4km east of the Talisman Oil Field, which produced

An oil-water contact was also confirmed by pressure data. Tap said reservoir quality was considered reasonable at about 40-100 mD permeability and 30% porosity.

Oil samples recovered to surface suggest a light crude similar to that recovered at the nearby Talisman field, which produced 7.7 million bbl of high quality oil between 1989 and 1992.

Over the next week, the company will continue evaluating Amulet-1 by coring the reservoir alongside the original vertical well, before drilling a sidetrack well 500 metres away to evaluate the extent of the hydrocarbon bearing reservoir.

Previously, joint venture partners in Amulet-1 were Tap Oil and Kufpec Australia, which each held a 50% interest.

The JOA states that if the discovery is developed and Santos participates in that new field development, then it will relinquish its share of production to Tap and Kufpec until the proceeds from the sale of that production (less operating costs) equals a multiple of 15 times Santos’ 37.3684% share of the well costs up to the election to participate in the forward program. 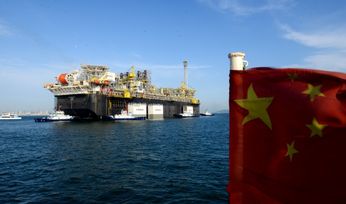 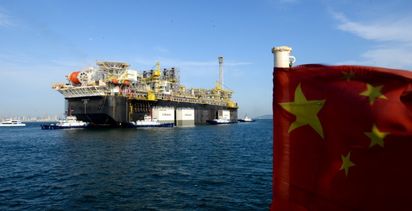