More strife for Mosaic at Fairymount-7H

Since drilling resumed earlier this month, the 4¾-inch open hole has cleaned out to the top of the coiled tubing drilling assembly at a depth of 1945m.

But the coiled tubing drilling fish became stuck after it attempted to move up 18m to 1927m.

Mosaic said several attempts to free the fish were unsuccessful due to the limited capability of the work string and a lack of suitable equipment available in the country.

The Ensign Rig 5 is being rigged down and will be released today.

Horizontal drilling of the Fairymount-7H was originally halted in April 2004, after the section above the main oil target reservoir, the Showgrounds Sandstone, caved in.

Mosaic is operator and holds a 100% interest in PL 46 and the Fairymount-7H well, which is targeting a Showgrounds Sandstone reservoir estimated to contain up to 250,000 barrels of recoverable oil reserves. 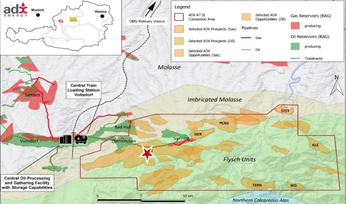 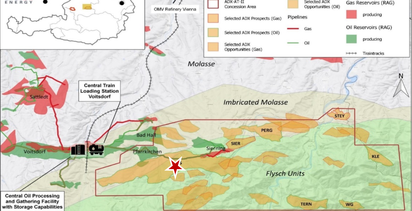