Junior partner Cooper said the well was expected to take about 11 days to reach the total depth of 1852m.

Cooper said the Somerton-1 would test a robust, elongated, anticlinal structure situated over a fault-related basement flexure in the east of PEL 92.

“The primary objectives of the well are the Namur Sandstone and sandstones of the Birkhead Formation and Hutton Sandstone, which are productive in the Christies oil field, some 7km to the east-southeast,” Cooper said.

The Namur Sandstone also proved productive in the recently drilled Callawonga-1 well, about 6km to the northeast, it said.

The junior explorer said the Poolowanna Formation is a secondary objective.

The Somerton prospect, which has been mapped over an area of 3.6 square kilometres with 8m of vertical relief, is considered to have a 29% probability of success.

Cooper said hydrocarbon charge was the key risk element in the prospect, while trap effectiveness, reservoir presence and seal were considered low-risk.

The estimated P50 recoverable reserves are 600,000 barrels of oil in the Namur Sandstone and 400,000bbl at the Birkhead/Hutton level.

Beach Petroleum is operator and holds a 75% interest in PEL 92, while Cooper owns the remaining stake.

Calima sparks the greenlight for Sparky 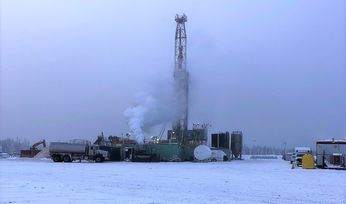 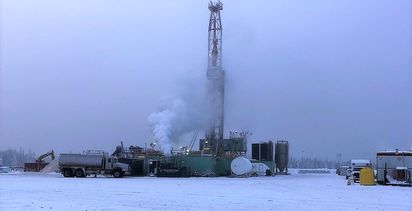