Drilling ahead in Taranaki

NEW Zealands only drilling school has had some significant successes since establishing itself in industrial New Plymouth in mid 2005. 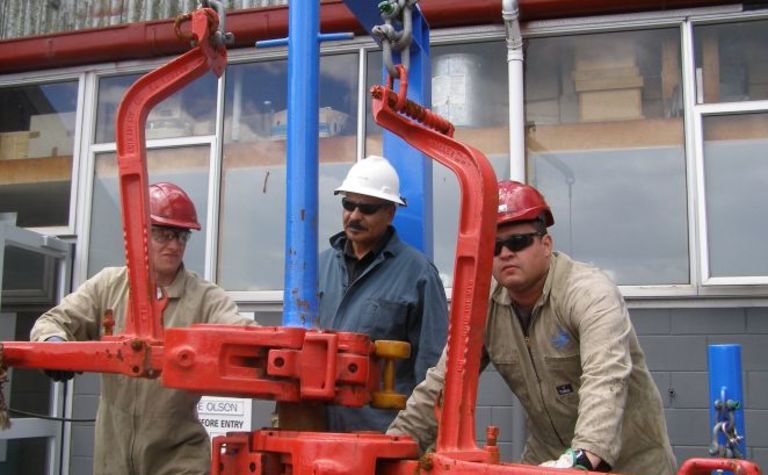 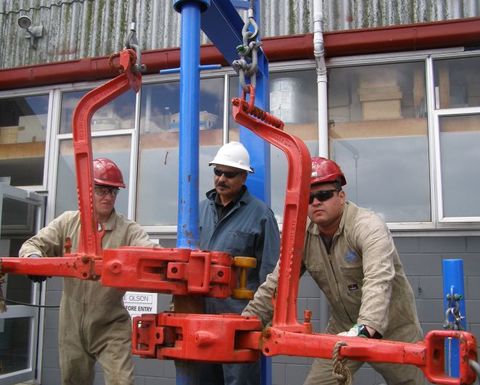 The Taranaki Drilling School (TDS) has trained over 100 New Zealanders at the entry level of rig work – roughneck and lease-hand labourers. But it has trained even more people in the Central Asian country of Kazakhstan, where school drilling tutor Jesse Olsen once worked.

Olsen trained about 150 people while in Kazakhstan, although at a higher level and involving specialist drilling topics outside the roughneck and lease-hand training provided in New Zealand.

TDS project manager Geoff Otene, who has worked in the Taranaki energy industry for over 20 years, says he is very pleased with progress made since the school was established in June 2005 with a $NZ250,000 financial assistance package by private energy company Greymouth Petroleum.

“Training over a hundred Kiwis, plus a few Aussies, to work in the oil and gas industry, albeit at the entry level, is no mean feat.”

While Greymouth Petroleum remains the principal financial sponsor, the school is an independent entity that receives non-financial assistance from the government industry training organisation EXITO.

School students can get study grants via a South Island polytechnic, but TDS was also considering linking up with the local Western Institute of Technology at Taranaki.

Otene says that most of the men (the first woman has yet to apply) who have done the course at the TDS premises in the industrial estate of Bell Block, New Plymouth were from Taranaki, although some came from the South Island and nine came from Melbourne. The youngest graduate was aged 18; the oldest was 52.

Trainees include tradesmen, computer professionals and schoolteachers. About 45% of the New Zealand trainees gain part-time or full-time employment in the oil and gas sector, another 30% were known to be in other employment, including some working in the geothermal sector, while TDS does not know what has happened to the remaining 25%.

Many of the graduates had gained jobs with the Taranaki branches of multinational energy support companies such as Schlumberger, Weatherford, BJ Services, MI Swaco, or local firms such as Vause Wireline and Cranrock Oilfield Production Services.

Others were working for the New Zealand arms of multinational drilling companies such as Parker Drilling and Ensign International Energy Services, or with New Plymouth-based company Bonus Drilling.

TDS also has a good relationship with Offshore Marine Service; a few trainees are working on the offshore semi-submersible Ocean Patriot or the jack-up Ensco Rig 56 currently drilling off Taranaki.

Otene, who has worked for over two decades in the Taranaki energy industry, says TDS needs the support of the different energy sectors to grow and to ensure its long-term survival.

“The industry has to support us and help our trainees gain work experience during their program and then employ them when they graduate,” he says.

“We would like to offer training at the next level, for the derrickmen, motormen and drillers on the drilling floor, but that depends on continued financial and non-financial support from a variety of people.

"I would one day like to be able offer recognised courses and qualifications at higher levels still, perhaps up to toolpushers and company men.”

TDS qualifications are already recognised in New Zealand and the organisation is working on having them recognised in Australia as well. Ultimately it would like its graduates to be able to work for exploration companies or service firms all over the world.

First published in the January issue of Petroleum magazine