The Wellington-based Commerce Commission last Friday cleared NGC to acquire the gas pipeline assets of UnitedNetworks Limited (UNL). The same day the commission also cleared trust-owned Vector to acquire up to 100% of UNL's shares, as well as some or all of its assets.

The commission considered there would be sufficient constraints on the merged entity - even in the greater number of regions where NGC's activities were vertically integrated - so there would not be a substantial lessening of competition.

Industry commentators generally welcomed the expected commission decisions. "Pipelines by themselves are inherent monopolies, as are electricity power lines, so you are not creating any new monopolies, just transferring existing ones," said one commentator today.

NGC spokesman Keith FitzPatrick said from Wellington today that NGC had not yet made any decision to buy all or any of UNL's pipeline assets. He said any decisions to buy or sell assets were likely to be made as part of NGC's overall divestment strategy, which was still being finalised.

NGC last week announced it was getting out of gas retailing and selling its power stations - the 360MW Taranaki Combined Cycle plant at Stratford and its smaller cousin, the 118MW Southdown station in south Auckland, of which NGC owns 50% - and consolidating its role in the New Zealand energy market.

NGC owns and operates the high-pressure North Island gas transmission network, as well as being a distributor and retailer of gas in Northland, Waikato, Bay of Plenty, Taupo, Gisborne, Hutt Valley-Mana and Kapiti areas of greater Wellington.

It also retails gas in Taranaki and has a 5% interest in the Wanganui-Rangitikei gas distributor and retailer Wanganui Gas. UnitedNetworks owns and operates natural gas distribution pipelines in Auckland, Hawkes Bay, Palmerston North-Manawatu and Wellington.

UnitedNetworks shares spiked at the news, finishing Friday up 20c at $NZ9.40.

With regard to the Vector clearance, the commission said the monopoly power at present held by UnitedNetworks, which has assets worth $2.3 billion, would be transferred to Vector and therefore have no effect on competition in the industry.

Vector was a bidder two years ago for the North Island gas networks bought by UnitedNetworks for $NZ550 million, so may well bid again for UnitedNetworks' networks in parts of Auckland, Hawkes Bay, Wellington, Horowhenua and Manawatu.

UnitedNetworks parent, American energy company Aquila (formerly the Missouri-based Utilicorp), which owns 70% of UnitedNetworks; wants to sell its Australasian assets to reduce its debt load and please international ratings agencies. It is understood the New Zealand asset sale process should be largely completed by September. 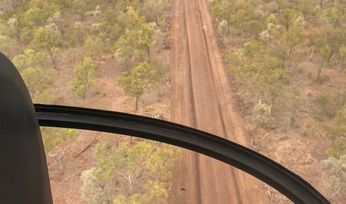 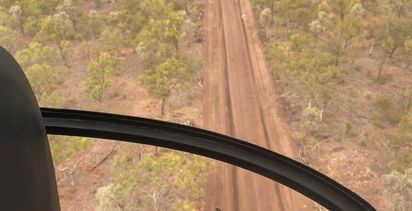