Contact Energy is to restore dual-fuel capability to its aging New Plymouth power station to help the company cope with possible supply shortfalls and further supply interruptions from the dwindling Maui gas field.

The Wellington-headquartered firm announced the planned $NZ10 million refurbishment at its annual meeting in Christchurch today.

Contact chairman Phil Pryke said restoring the station's capability to run on liquid fuels, fuel oil, as well as natural gas was a key ingredient in the company's plans to deal with possible gas shortages over the next few years.

"This is particularly important in the context of possible gas restrictions in the future and it will give us greater reliability of electricity supply by giving us a more flexible backup asset at New Plymouth and reducing the extent to which Contact depends on gas to meet electricity demand."

Chief executive Steve Barrett said: "At a minimal capital cost, we are ensuring the New Plymouth plant remains a very valuable contributor to Contact and to the electricity market as a whole, especially in times of gas uncertainty."

Company spokesman Pattrick Smellie said Contact would be refurbishing the New Plymouth station during the next few months and hoped to have the duel-fuel capability ready by next winter. The station would be able to run on either gas or fuel oil or both. "This will give the station a new lease of life."

Pryke said last week's unplanned outages at the Maui field had highlighted the need for greater flexibility of generation capability. "Had we been able to run New Plymouth on liquid fuels during last week's outages, we would have done so, and stress on the system would have been reduced accordingly."

He disagreed with some critics of the present New Zealand electricity market, saying the plan to restore dual-fuel capability at the New Plymouth plant was "a clear example of the electricity market working well; giving clear signals to and prompting action by all parties on both the short and long term trends in electricity supply and demand."

The plan to restore dual-fuel capability would provide greater certainty about the future of the New Plymouth plant, one of the older thermal stations in Contact's generation portfolio, and would create an additional element of back-up to the national electricity system.

Barrett said such additional back-up might be particularly valuable if and when gas shortages coincided with hydro shortages, especially at times of peak demand during winter.

The New Plymouth plant was originally designed as a dual-fuel - coal and fuel oil - station but has been run solely on natural gas, mainly from Maui but also from some onshore fields since the early 1980s.

Barrett said its dual-fuel equipment required replacement and Contact had applied for new resource consents to allow the plant to run on liquid fuel. The upgrade would apply to four of the 100MW units, although Contact would only apply for permission to run a maximum of three units on liquid fuels at any one time.

"By refurbishing four units, Contact will be insuring itself against the possibility of plant being unavailable due to maintenance or breakdown."

He said Taranaki was already a valuable part of Contact's generation fleet and that role would be considerably enhanced with the $NZ500 million purchase, from NGC, of the Taranaki Combined Cycle plant at Stratford and the upgrade to dual-fuel capability at New Plymouth. 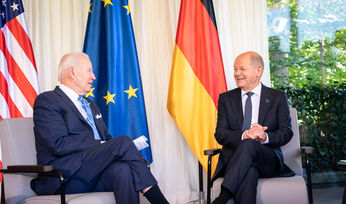 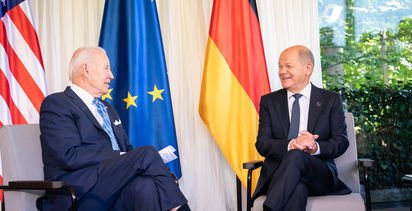 Generation, not gas, the problem