Australian Gas Light Company chief executive Greg Martin has told a gathering in Melbourne that over-regulation and the lack of open competition in all states within the national electricity market would eventually stifle new investment in the industry.

Speaking at the Committee for Economic Development of Australia function, the AGL boss in particularly called for the New South Wales and Queensland governments to reform their state monopolies of the electricity industry and create a true national electricity market.

"Some governments have a real problem when they play the three roles of asset owner, legislator and regulator, each with competing agendas," Mr Martin said.

"Right now we have a situation that is unclear, where many markets are still wholly or partially regulated including, unfortunately, a number of retail energy markets, where, I suggest, regulation cannot be justified at all."

Earlier in the week, Federal Industry Minister Ian Macfarlane echoed Mr Martin's words and told a national electricity conference that NSW and Queensland were holding back the electricity reform process and could face financial penalties if they did not move quickly to put aside their "parochial interests".

Mr Macfarlane said natural gas and electricity industries were over-regulated and in urgent need of reform.

Staying with regulation, AGL has informed the stock exchange that following the release of the South Australian Independent Industry Regulator's 'Electricity Retail Price Justification' this week, it would develop standard electricity prices within the SAIIR's guideline effective from 1 January 2003.

The regulator's guideline states that AGL must publish by 1 October 2002 its proposed standing contract terms and conditions, and its standing contract price, for supply to all small customers (consuming below 160MWh per annum) from 1 January 2003. The regulator also told AGL that such a notice also include a statement of justification for the tariffs to apply to each small customer class. 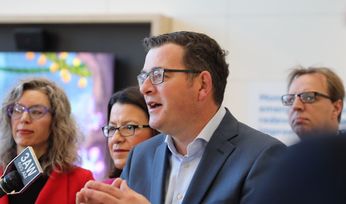 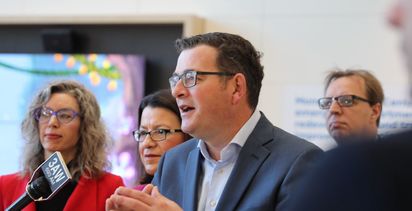