Industry interest in UnitedNetworks, New Zealand's 10th largest listed company, has intensified in recent weeks, with commentators saying CKI Holdings, which is to buy Australian electricity distributor Citipower in Victoria for $A1.56 billion, and Singapore Electric head the overseas contingent interested in UnitedNetworks.

CKI owns power plants, toll roads and bridges in Hong Kong and mainland China, as well as power projects in Australia, but has been selling assets in China while increasing its investments down under. It had more than $HK6 billion cash on hand at the end of June. CKI and 39% owned Hong Kong Electric will be the largest electricity distributor in Australia after an acquisition due to be finalised later this year.

"It would be nice if NGC got the metropolitan gas lines, Vector the Auckland and Wellington electricity lines, and Powerco the eastern UnitedNetworks assets," said one commentator.

It is known New Plymouth-headquartered Powerco, which has been pursuing an aggressive expansion program under Aussie chief executive Steven Bolton, has bid for United's eastern assets, which include electricity networks in the Coromandel, Thames Valley, Bay of Plenty, Taupo and Rotorua. Powerco already has gas pipeline assets in Taranaki, the Hutt Valley and Porirua regions of Wellington, as well as reticulating electricity in Taranaki, Wanganui, Manawatu and Wairarapa.

It is likely both NGC, which last month announced it was getting out of gas retailing and selling its power stations, and Vector will want UnitedNetworks' North Island gas networks.

NGC, which is returning to its core gas transmission and wholesaling business, will want UnitedNetworks pipelines in parts of Auckland, Hawkes Bay, Wellington, Horowhenua and Manawatu.

Vector, which two years ago unsuccessfully bid for the North Island gas networks later bought by UnitedNetworks for $NZ550 million, will probably bid again for those assets.

NGC and unlisted lines firm Vector, owned by the Auckland Energy Consumer Trust, have both been cleared by the Commerce Commission to buy UnitedNetworks.

UnitedNetworks has a market capitalisation of about $1.4 billion and assets of $2.3 billion. UnitedNetworks parent, American energy company Aquila (formerly the Missouri-based Utilicorp), which owns 70% of UnitedNetworks, wants to sell its Australasian assets to reduce its debt and please international ratings agencies. 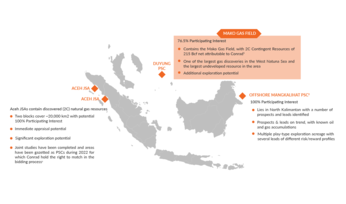 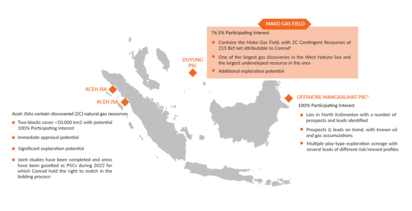