In the opening address to delegates at the second annual 'All-Energy Opportunities' conference in Aberdeen today, DWA partner John Westwood stated that prospects on screen had increased from 22 in 2001, to 77 in 2002 - "a remarkable growth in such a short period".

DWA analyst Katharine Evans said that their models indicated that if realised these projects could require some 4,000 km of underwater power cables. However, she advised that these are "identified prospects not forecasts which will be developed in a later stage of our work for the DTI. However, considering that worldwide installed capacity is currently is less than 100 MW, whichever way you look at it the growth in interest in one year is quite remarkable."

So what is driving the strong growth in the renewable energy business? According to the DWA study team leader Will Rowley there a number of reasons: "Our analysis of future global energy demand indicates that a huge growth is in prospect and we doubt that this can be met from existing sources. In the developing world there is a huge growth in oil demand forecast, exceeded in the developed world by growth in natural gas demand (reserves are already severely depleted in the USA and UK). Add in the fact that the major sources of hydrocarbons are in politically unstable areas, and then the concerns over global warming and renewables start to become an appealing element of energy supply."

Governments worldwide are focusing on renewables as part of their future energy strategy and actively encouraging their development - no more so than in the UK where offshore renewables are forming a major element of energy policy. According to Evans, "In the past year 18 offshore wind projects have been sanctioned by Government. If these are realised the UK will be a world leader in offshore wind power."

John Westwood's conference presentation can be downloaded from the Douglas-Westwood website. www.dw-1.com.

Renewables to outstrip fossil fuels in UK by 2030

Offshore wind to account for one third of energy mix 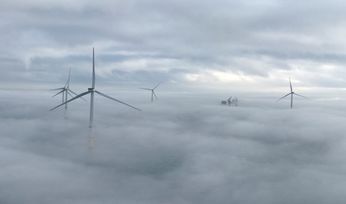 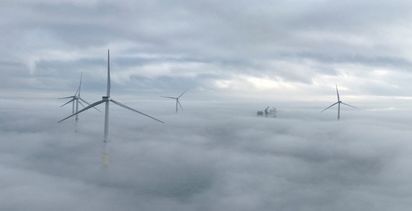 Global offshore wind O&M spend to hit A$20.7 billion within next decade: WoodMac