THE upstream sector has condemned the predictable “post-truth social media frenzy” from its opponents following confirmation that Santos has submitted the environmental impact statement for the Narrabri CSG project. 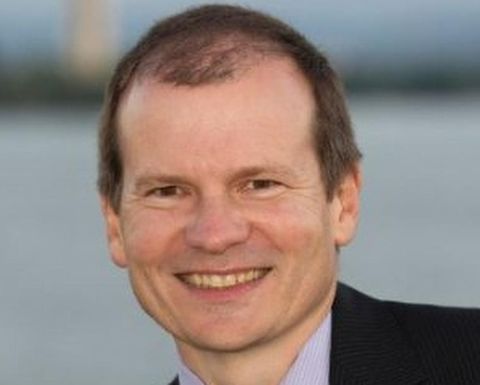 Santos estimated in 2011 that it would spent up to $500 million on exploration and research for Narrabri in the Gunnedah Basin, all of which would be made available to the public and federal and state regulators for scrutiny.
The NSW Department of Planning and Environment will soon put the EIS out for 60 days of public comment, and will hold public information sessions in the local area to provide guidance on the planning assessment process and how to make a submission.
As activists were arrested last May on site, Santos' then-new CEO Kevin Gallagher said he hoped his regime's new company-wide disciplined approach would help ease concerns around its CSG interests in the Pilliga State Forest.
That wasn't the case.
The Wilderness Society came out blazing yesterday, saying Santos' application was "a desperate attempt to recoup the $1 billion it has lost" on Narrabri since the takeover of Eastern Star Gas, to make it more prospective to buyers.
The project was among the "non-core assets" put under the charge of former AWE boss Bruce Clement by Santos last December.
Clement will be required to "sweat the assets" and make them work or sell them off.
Anti-fossil fuels group the Institute for Energy Economics and financial Analysis said Narrabri was "clearly for sale", citing Santos' mid-year statement from 2016 which noted a net impairment loss of $4 million relating to Gunnedah Basin exploration and evaluation assets.
"The impairment charges have arisen primarily as a consequence of the reduction or delay in future capital expenditure that diminishes or removes the path to commercialisation," Santos reported at the time.
The Wilderness Society noted that Santos planned to drill some 850 wells for the development, which the group said would go through the Great Artesian Basin's recharge aquifers.
Though the group called Santos a "gas fraccing giant", and Santos does frac wells in the Queensland CSG fields, Australian Petroleum Production and Exploration Association CEO Dr Malcolm Roberts pointed out yesterday that the Adelaide-based oiler was not applying for approval to conduct hydraulic fracturing in New South Wales.
Opponents see Narrabri as basically the last CSG proposal left in NSW after the state government terminated Metgasco's leases on the far north coast and AGL Energy surrendered its licence at Gloucester on the mid north coast over the past 12 months.
"Santos wants approval to drill nearly coal seam gas production wells in the Pilliga Forest and the surrounding productive Narrabri farmland, with almost 1000 wells originally planned," Wilderness Society Newcastle campaign manager Naomi Hodgson said.
"Santos has a long tragic history of failure in the Pilliga, with at least 20 toxic CSG waste water spills, including the contamination of an aquifer with uranium and other toxic heavy metals.
"Those spills came from just 20 wells and Santos now wants approval to drill hundreds of CSG wells through the recharge aquifers of the Great Artesian Basin, an essential water source for Outback Australia."
Dr Roberts said Santos' EIS was a comprehensive study, drawing on the latest and most complete data and research.
"It includes, for example, detailed local environmental surveys and groundwater impact assessments.  The EIS finds that the project presents minimal, manageable risk to the environment," Dr Roberts said.
"Without prejudging the outcome of the regulatory process - which will be exhaustive - there can be no doubt Santos has produced a high quality assessment which addresses all potential issues."
He said there could be "no doubt" that all gas users on the east coast urgently need new supply to be brought into the market as early as 2019.
The resulting high prices that APPEA says will result from Narrabri failing to proceed would not only hit families but heap more pressure on manufacturers using gas to make products such as fertilisers, glass and plastics.
In NSW alone, these industries employ more than 300,000 people.
"The need for more supply is more pressing in NSW than in any other state," Dr Roberts said.
"Customers already pay a premium for buying 95% of their gas from distant fields in Queensland, South Australia and offshore Victoria.  That dependence is costly and risky.  Local supply will mean downward pressure on prices and greater energy security.
"Unfortunately, the industry expects to see another round of activist fear campaigns against the project."
Last June, NSW "use-it or lose-it" laws prompted Santos to reveal plans to spend $3.87 million over three years drilling CSG wells in the Liverpool Plains in the Gunnedah Basin to explore PEL 1 with Carbon Minerals, a project that has stalled without government approvals for several years.
Santos has also identified 10 other permits in NSW as part of its contiguous exploration plans.
Most of the Narrabri project will occur on state land earmarked for multiple uses such as forestry and extractive industries. 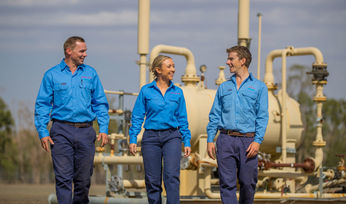 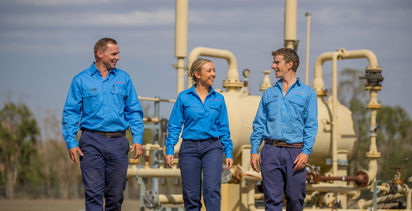