TOXIC waste from around Australia, including from offshore oil and gas facilities, could find a home in Western Australia’s goldfields region if a plan to build a combined waste dump and kaolin clay mine by Tellus Holdings gets environmental approval. 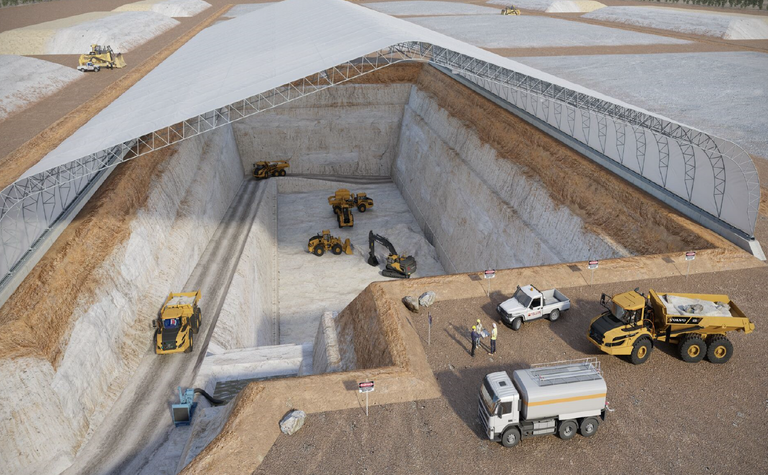 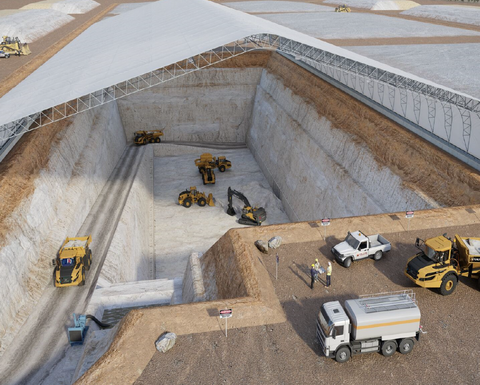 After a handful of years working to gain environmental approval for its Sandy Ridge site, 140km west-north-west of Kalgoorlie, Tellus this week amended its environmental review documentation to clarify the volumes of waste that would be accepted at gate and how oil field sludge would be permanently isolated in the kaolin mine.
Presently oil field waste needs to be shipped offshore for disposal or stored in-situ, which as with low level radioactive waste is not an ideal long-term solution.
Tellus is proposing a dual revenue business model of campaign mining kaolin and operating a complementary arid near surface geological repository with the remaining voids.
Sandy Ridge would take hazardous and intractable wastes from around the nation for long-term storage, treatment, recovery and permanent isolation in open pit kaolin clay mining voids, as well as low level radioactive materials such as medical isotopes like X rays for storage and isolation in underground kaolin clay voids.
The long-term storage and isolation of the materials will likely result in the sterilisation of around 40 hectares up to 30m deep, as the waste would need to remain undisturbed in the repository until feasible resource recovery technology is available, or in perpetuity if it is not.
The site would be expected to take an average of 100,000tpa of waste for up to 25 years, including waste from offshore oil and gas facilities.
Tellus said its original approvals had been based on "top down" assumptions using the average historic hazardous waste types and volumes reported to state and federal governments, and expected future trends.
However, they were being replaced by "bottom up" assumptions with actual signed waste supply contracts and other commercial agreements that have been confirmed as reasonable by independent waste market experts.
It said the volume of liquid/sludge wastes to be accepted at the facility is expected to be around 40% of the total.
While the waste treatment processes which would be carried out at the facility have not yet been identified, Tellus is working with European specialists in the area of non-solid waste solidification and stabilisation to confirm the performance of various cement blends with a range of liquid and paste waste types, which would guide the design of the blending and mixing plant.
Hydrocarbon sludge containing natural occurring radioactive material and/or heavy metals cannot always be recovered or safely disposed of using existing treatment processes such as biodegradation, oxidisation, stabilisation or incineration.
So Tellus is investigating methodologies for the stabilisation and solidification of sludges using pozzolanic materials and cement-based additives, such as high carbon fly ash and Portland cement, to produce a slurry which would either be placed directly into the waste cell, or poured into moulds where it would set.
That waste will be blended with kaolinised granite mined from the cells, which will increase the total mass placed in the cells by up to 280,000tpa.
Hydrocarbon liquid/sludge waste from the oil and gas industry is estimated to increase three-fold in volume during the process.
Tellus says the Sandy Ridge site is ideal because it contains a quality kaolin resource, is geologically stable, is not near surface water or has any flooding and is in an uninhabited area with no recorded cultural heritage.
The kaolin would be mined from open-cut pits in campaigns, which would depend on the volume of waste required at the site, but up to 40,000tpa of high quality kaolin could be mined each year for use in ceramics, paints and other industrial uses.
The voids would be filled with the toxic wastes, which would be backfilled with lower-grade kaolin, compacted, and covered with a thick layer of low permeability clays, compacted gravel and laterite, a further clay home cap and, finally, soil.
The Sydney-based Tellus describes itself as an infrastructure development company in the business of creating economic, social and environmental value from waste, clay and salt resources.
It is also seeking to develop the Chandler underground salt mine in the Northern Territory. 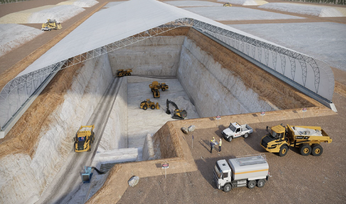 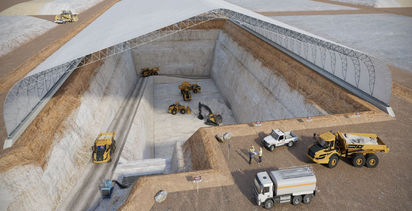 Warrego focuses on WE Phase 1 finance