ROUGHLY a dozen protestors from Extinction Rebellion staged a die-in at the entrance of Chevron headquarters in Perth, this morning, kicking off a week of civil disobedience to urge oil and gas companies to reduce greenhouse gas emissions. 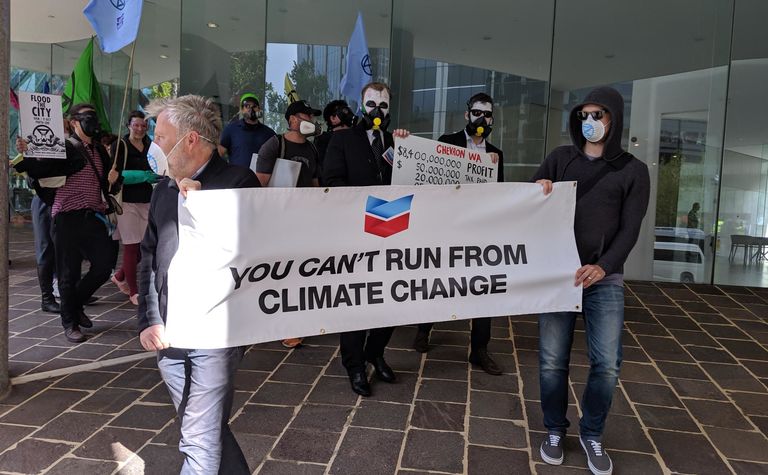 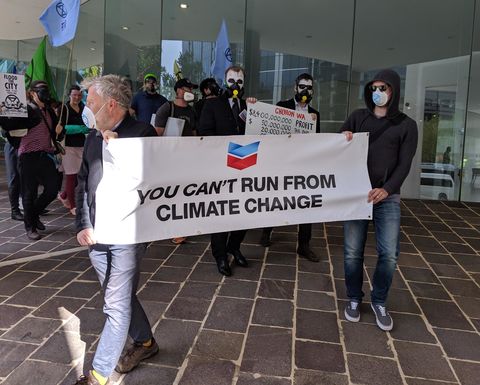 Written by Mark Tilly, with input from Paul Hunt

Protestors marched around the entrance of QV1, before lying out the front of the entrance, holding signs and chanting.

Workers at Chevron, Allens and Herbert Smith Freehills were able to use alternative entrances in the building.

"LNG is responsible for over a third of Australia's carbon emissions, WA is the only state in the country where emissions are continuing to rise, we're up to 23% from 2005 levels," he told Energy News.

"Chevron behind me, is responsible for 22% of those emissions, if you do the maths, these guys are basically the reason we're not going to meet our Paris accord targets, we're (WA) the only reason Australia's emissions are rising, and with the projected roll out of the Browse basin projects and others, it's only going to get worse."

This is not the first time Extinction Rebellion have targeted Chevron and other oil and gas players in WA.

Last Friday the activists blocked the main doors to Woodside's headquarters opposite the QV1 building on St Georges Terrace.

Coal projects have been the subject of ire in the eastern states, but with limited coal projects outside of Collie in the state protesters have gone after gas giants instead.

According to Extinction Rebellion's spokesperson, the protests outside oil and gas companies will become a more frequent activity throughout October.

"This is just the warm up act. Starting on Monday, running all week we're going to be up and down this street, the main artery of the central business district of Perth, on the Friday, on October 11 at 8am we're going to start flooding into the city en masse, that's the main event," Noakes said.

Overnight, in the UK, an Extinction Rebellion rally got out of hand after activists acquired a fire engine and sprayed red paint on the facade of the British finance ministry.

After the stunt, four activists including an 83-year-old man stood on the roof of the fire engine, from which they hung a banner saying "Stop funding climate death."

His comments followed a statement from fellow Coalition MP Michaelia Cash who called on protesters to have their welfare payments cut. 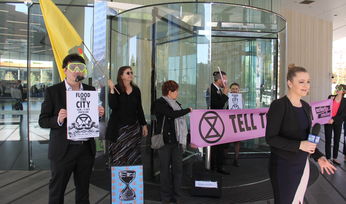 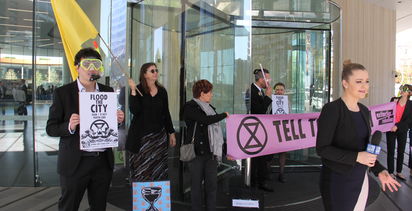