HUNDREDS of protesters led by Greenpeace have formed a human barricade around the office of Austrian oil and gas producer OMV in New Plymouth, New Zealand, this morning. 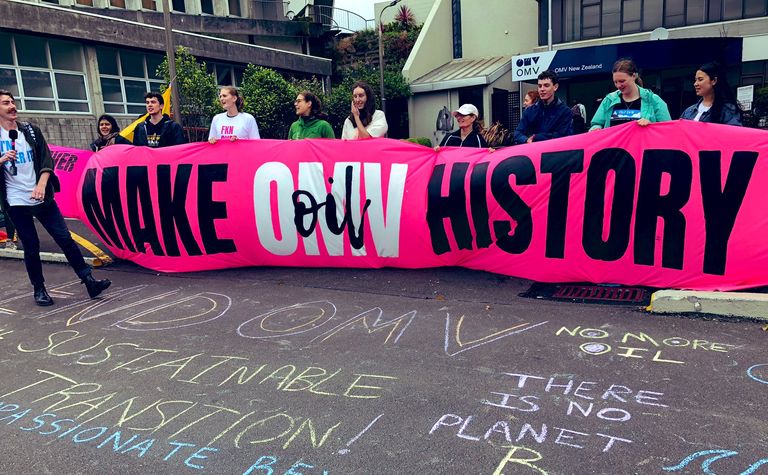 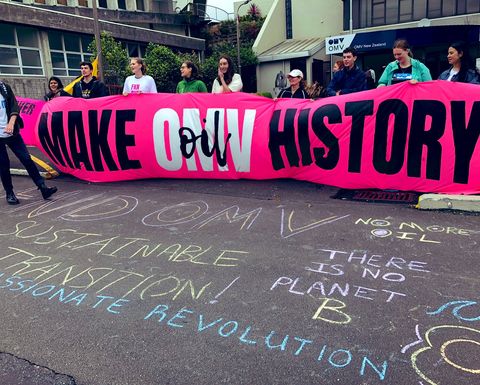 Activists, including the elderly and students, first arrived at 7am and are working in shifts to keep the building locked down for three days.

It comes as OMV's offshore COSL Prospector rig is due to mobilise ahead of a four-well exploration drilling campaign.

"We want to send a clear message to OMV: We're over it. They must acknowledge their role in heating the planet and give up their oil and gas exploration permits," Greenpeace New Zealand program director Niamh O'Flynn said.

This is not the first time Greenpeace have shut down OMV's headquarters.

In August the group delivered an "eviction notice" and gathered outside of the company's office in Wellington. Protesters glued large posters which called the oiler a "climate criminal" across the building.

This latest attempt to close down OMV's offices comes a week after Greenpeace boarded an OMV support vessel in the Port of Timaru.

Activists were aboard the Skandi Atlantic service vessel for more than 30 hours in a move to delay the drilling campaign. They were eventually arrested by police.

"By occupying OMV's ‘henchboat', we're delaying the monster rig from drilling for new oil in the middle of a climate emergency," Greenpeace said at the time.

While the Jacinda Ardern-led Labour government has not condemned the activists measures, which the Petroleum Exploration and Production Association of New Zealand has labelled dangerous, the National opposition has called on stricter legislation to prevent Greenpeace's actions.

The National opposition have labelled protests "unlawful" and called activists misguided and misleading.

Greenpeace claim OMV's upcoming campaign will involve drilling three "risky" oil wells off the Taranaki Coast and one in the Great South Basin off the Otago coast.

However the company said it plans to drill infill wells to increase gas production which is intended for the domestic market.

Not before erecting "museum" in the car park 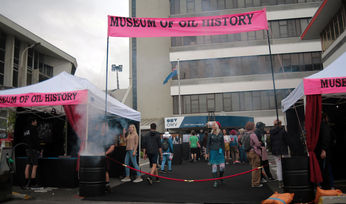 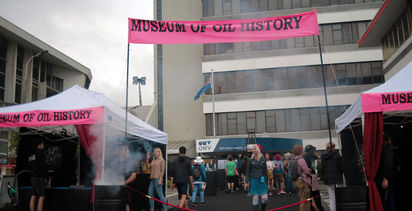