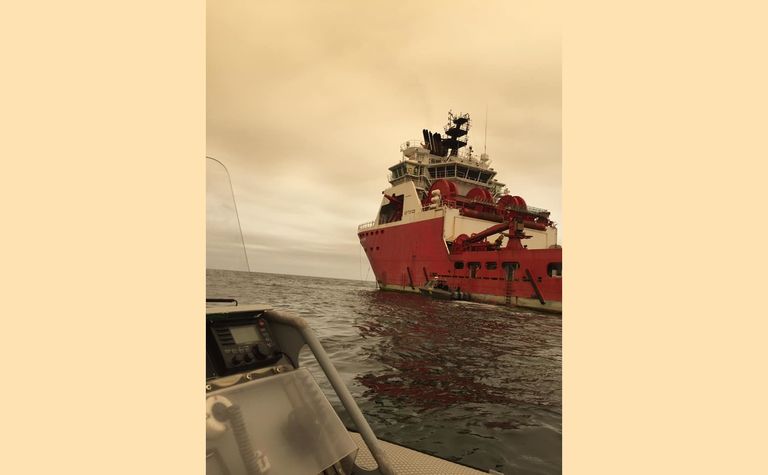 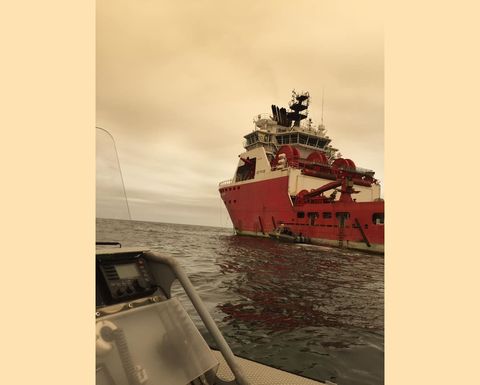 The fires have devastated more than 12 million hectares on the east coast, destroying whole towns and killing 22 people including volunteer firefighters.

Last week the department of defense was called in to start evacuating locals in bushfire affected areas on the Gippsland coast of Victoria.

However, oil and gas contractors also played a crucial role in the evacuations before the military was deployed by Canberra.

The rig tender anchor handling vessel Far Saracen was released from a work program with ExxonMobil and deployed to provide provisions and relocate stranded citizens.

A police officer who helped the crew of the Far Saracen, Chris Nairey, wrote in a Facebook post that the workers aboard the Far Saracen "worked around the clock… looking after sick people, the elderly, infants, and even special-needs teenagers."

"They fed us. Gave us beds. Even made sure we had clean uniforms and underwear," he said.

"They did this all while supplying Mallacoota with food, water and diesel. They did all of this on top of running the ship."

Since New Year's Eve, ExxonMobil through its wholly-owned subsidiary Esso has worked continuously with emergency services responding to the East Gippsland fires.

"This has included providing two support vessels, the Far Saracen and the Far Senator, which helped provide food and water to the town of Mallacoota, as well as providing accommodation for community members with medical conditions and emergency response personnel," an ExxonMobil spokesperson told Energy News.

The upstream industry has also pledged more than A$4 million to help affected communities.

Chevron Australia and Shell Australia have made donations of $1 million each to the Red Cross for disaster relief and recovery efforts.

The funds will be used for emergency grants to people who have lost their homes and for specialist personnel in recovery centres as well as outreach programs.

Chevron is also matching employee contributions to the Australian Red Cross and is providing employees who are volunteering with full leave entitlements.

BP donated $135,000 over Christmas, but this afternoon pledged an additional $500,000 split between the Red Cross and the Salvation Army.

Woodside Petroleum made a combined donation of $500,000 to the Red Cross and the BCS's Australian Volunteer Support Trust. It is also matching each dollar donated by employees.

Separately the progressive think tank The Australia Institute this week suggested for a National Climate Disaster Fund which would be funded through a levy of $1 per tonne of carbon dioxide produced from the oil and gas sector.

Prime minister Scott Morrison ruled out the proposal on Sunday, saying under no circumstances would the government consider such a levy.

"There will be no levy because (sic) have been assuring that we have (sic) been in a position to deal with matters such as this," Morrison said.

Instead the government has committed to a new $2 billion recovery fund, which will redirect funding from the federal education budget.

Storm expected to make landfall in Florida on Tuesday