THE summer bushfires have done nothing but stoke the flames of activist and environmental groups Extinction Rebellion, Lock the Gate Alliance, The Socialist Alternative, and Frack Free WA, with campaigners vowing to continue to oppose oil and gas majors Chevron and Woodside in Western Australia. 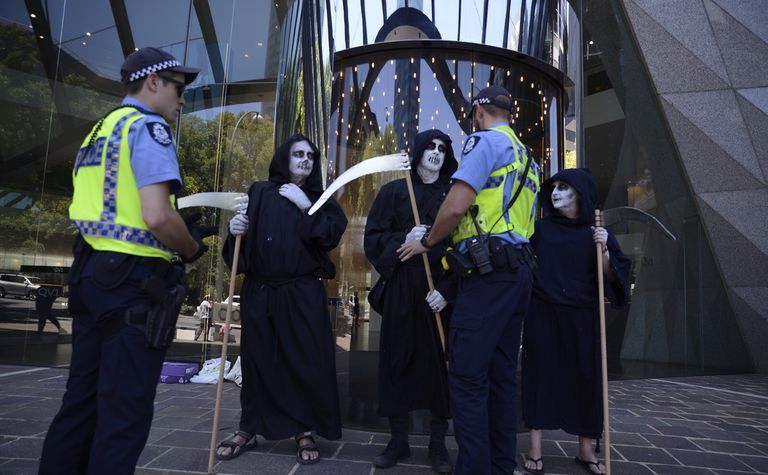 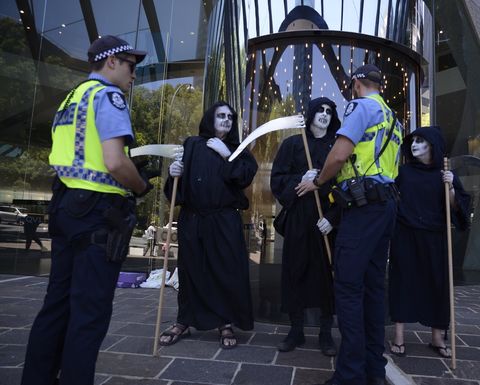 This afternoon a large number of activists blocked off entrances to the QV1 building which houses Chevron and ConocoPhillips in Perth's business district.

The activist groups, dressed as Grim Reapers with scythes and Chevron badges locked down QV1 for approximately one hour before police intervened.

A spokesperson from Extinction Rebellion told Energy News Chevron and Woodside were in "lock step… marching WA off the climate cliff edge."

More than 20 protesters were issued move on notices.

It comes after Woodside was targeted by protesters at the opening of the Perth Fringeworld Festival on Thursday.

Activists took over the stage at the formal opening of Fringe, one of the largest arts festivals in Australia, calling on the festival to dump Woodside as a major sponsor of the event.

The charity which runs Fringeworld, Artrage, said in its last annual report that corporate sponsorship of Fringe was worth A$6 million per annum.

Woodside has been a principle sponsor of the festival since 2012 and last year signed a three-year sponsorship agreement with Artrage which will finish in 2021.

Under the agreement Woodside was granted naming rights for The Woodside Pleasure Garden.

In a statement provided to Energy News today, Artrage CEO Sharon Burgess said the charity was not going to dump Woodside as a sponsor, saying without corporate sponsorship it would not be able to "present an annual platform for artists to perform and for the community to enjoy."

"Alongside supporting the Festival overall, the partnership with Woodside enables us to deliver a number of artist support initiatives together including regional touring of artists, the review platform Fringefeed.com.au, the Woodside Homegrown Heroes program that shines a light on our local artists and of course The Woodside Pleasure Garden, which is our biggest and best Fringe Hub," Burgess said.

"Our interaction with protestors during the Festival has been respectful however if there is a protest or activity that impacts on the experience or safety of our customers or artists then we will respond and that may mean asking people to move to a location where it is safer and not impactful."

The festival stimulated the state economy, generating more than $100 million in spending over the festival.

The protesters said they had provided a list of other corporate sponsors they deemed more worthy of funding the arts festival.

A Woodside spokesperson told Energy News it maintained its "proud long-standing association with such a fabulous event."

Following the protest, most news outlets published stories about the activists, rather than covering the events being held during the festival.

Woodside CEO Peter Coleman's has said on multiple occasions climate change is a pressing issue which must be solved, and said last week at the International Petroleum Technology Conference in Saudi Arabia that industry must fully embrace the issue of climate change or risk "going the way of the tobacco industry."

Woodside and other gas giants believe their product is essential to a low emission future, replacing coal in energy hungry Asian economies while activists treat all pronouncements from ‘Big Oil' with huge skepticism.

Coleman has previously warned that just one "catastrophic disaster," rightly or wrongly attributed to climate change, could permanently turn the dial of public opinion away from industry and gas' role as a cleaner source of energy than coal.

Australia's disastrous bushfire crisis over the last three months is shaping up to be just that.

Woodside expects to see both ‘green' and ‘blue' hydrogen production at-scale across the world by 2030 and last year invested more than $40 million into clean hydrogen technology development.

Activists and the broad Extinction Rebellion movement have been a major headache for oil and gas operators in the west, partly due to the absence of a coal industry based in the state to kick, but also over concerns that Browse and the North West Shelf could "emit more emissions than Adani's coalmine" in Queensland.

"Browse Basin, Burrup and the development of the northwest LNG makes WA ground zero for run-away climate change and will fuel more of the massive fire catastrophe we've lived through in recent months," Extinction Rebellion's spokesperson said in a statement today.

Chevron's delays in getting its carbon capture storage injection system at Gorgon have also added fuel to environmental concerns.

Today Extinction Rebellion said it would continue its fight with Chevron accusing the company executives of being "climate criminals."

Their warning: "Oil and gas companies need to know we will not stop. They're fueling the climate emergency, and we're the fire alarm." 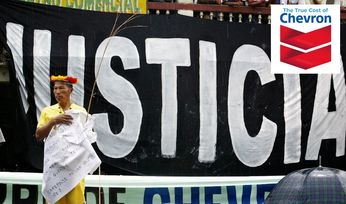 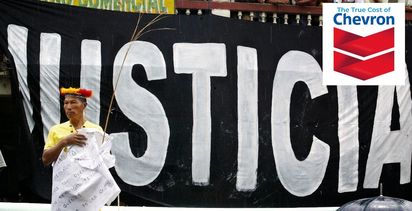