THREE Extinction Rebellion members glued themselves to the side of the lobby at Woodside Petroleum’s headquarters in Perth this morning to protest the company’s Scarborough gas development plans. 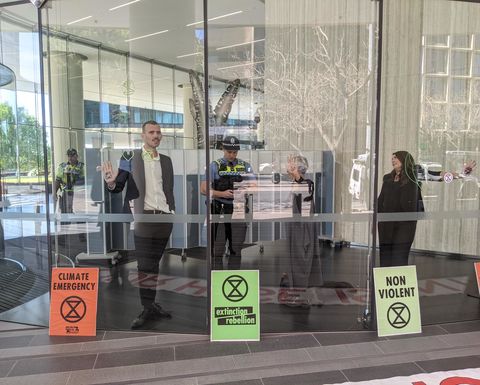 Protestors glued themselves to the lobby of Woodside Petroleum headquarters in Perth. ENB/Mark Tilly

The three protestors posed as Woodside employees to get into the building at around 8:30 this morning, before applying adhesive to their hands and sticking themselves to the side of the entrance, forcing staff to use an alternate entry.

Around a dozen others gathered around the building in support of the three protestors, with several verbally harassing Woodside staff as they entered the building.

Police almost immediately attended the scene and after roughly an hour were able to remove the three protestors from the building, before leading them away into awaiting paddy wagons.

"I've chosen to take direct action because I'm desperate, sad and angry that the government don't accept and act upon overwhelming scientific evidence on the climate crisis," 70-year-old Rae Prince said in a media statement.

"We have state and federal governments who won't accept their responsibility and are in climate denial. It's intolerable that vested interests shape climate decisions."

Woodside plans to make a final investment decision on the Scarborough gas project this quarter, after several delays, with first production expected in 2026.

It holds 73.5% of the wider Scarborough field but if its proposed merger with BHP's petroleum arm goes ahead next year it will hold 100%. The project will see the development of the Scarborough gas field, with it being sent via a subsea pipeline to an expanded Pluto LNG facility.

A Woodside Petroleum spokesperson told Energy News the company has systems in place to ensure its staff's safety while entering and exiting the building.

An Extinction Rebellion spokesperson told Energy News the protestors who abused staff had no affliation with them.

"It's absolutely not the goal of XR to target workers," she said.

"We're about system and institutional change achieved through non-violence - not harassing individuals for making a living." 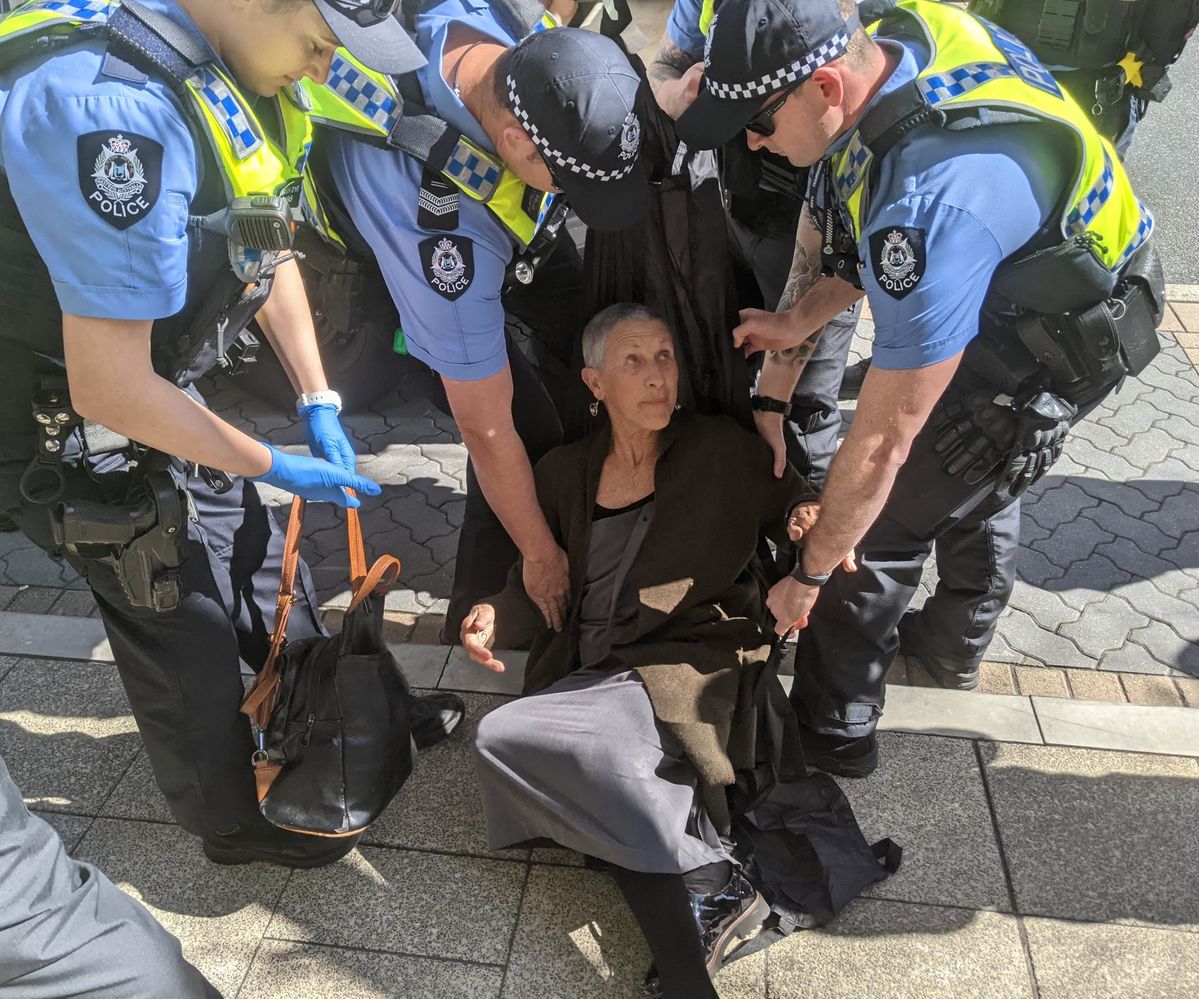 Woodside has declared it will reach net-zero emissions by 2050 and has had its emissions abatement plan for Scarborough approved by environment and climate action minister Amber-Jade Sanderson.

The company has noted that its customers in Asia have put LNG at the forefront of their decarbonisation strategies as they look to switch from coal and nuclear-powered generation.

However, climate and environmental groups have referred to the International Energy Agency's net-zero scenario released earlier this year which found that no new coal and gas projects can be developed if the world is to reach net-zero emissions by 2050 - describing Scarborough as environmentally and economically reckless.

The groups are also fearful that the associative emissions from an expanded Pluto LNG facility will erase the ancient indigenous rock art at the nearby Murujuga National Park, comparing it to Rio Tinto's destruction of the Jukkan Gorge.

"Everyone should have seen the outrage at what Rio Tinto did and should be ready for further outrage if Scarborough goes ahead and does the same," 350 Perth campaigner Anthony Collins told Energy News.

"This is one of the many reasons why there is so much public opposition to Scarborough gas."

This morning's action was the latest in a series of protests against Scarborough in recent weeks, with the entrance and adjacent footpaths outside the building being chalked with anti-gas messages in the lead up the project's FID.

Protestor Carmen Stobaus, who chalked the side of the building in August, had her house raided by the state government's anti-terror police and will appear in court today on property damage charges.

*Updated to include comment from Woodside Petroleum and Extinction Rebellion* 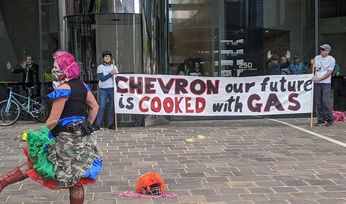 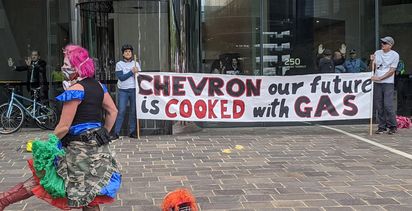 Solar outpaces coal for half an afternoon