Carpathian moves ahead in Czech Republic

PERTH-based Carpathian Resources is progressing the development of its Czech prospects, and aims to spud the Ja-11 well, located 1.5km northwest of last years Ja-3a discovery, in October.

It also plans to bring the Janovice gas field (60% interest) onstream in the same month.

Drilling of Ja-11 is expected to take 14 days. the well will target a gas prospect with the potential to hold up to 6.5 billion cubic feet of gas in the objective Karpat Sandstone.

Production increases may occur after analysis of the wells’ initial performance.

Carpathian has also embarked on the first of three seismic surveys over the Janovice, Morava and Roznov prospects as part of its third quarter program of activities.

Recording commenced at Janovice on 8 August and is expected to wind up by mid-month.

Roznov covers an area of prospective sediments with varying possible trapping mechanisms on a faulted margin.

Morava is located in the northern part of the prolific Vienna Basin and has potential for oil and gas prospects in stratigraphic and structural traps at varying depths.

Previous work has recognised at least six prospects on the Morava permits. But Carpathian believed they would be too small to have a significant impact on its bottom line.

The company has since decided to pursue two larger prospects in the northern part of the blocks. 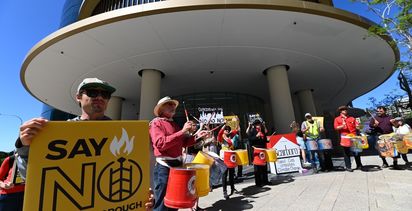