Antares Energy's Texan operations have revealed the company's Robinson No. 1 well in Howard County, Texas, to be its star performer, with a single month production record of nearly 10,000 barrels of oil equivalent.

The exceptional output follows a borehole clean-up late last year, with production logging ongoing in an effort to determine the source of the enhanced production.

The company's other wells across the Howard and Dawson Counties are in various stages of fracture stimulation, with Robinson No.2 in Howard proving the only real hiccup so far, with the well being cement squeezed to eliminate excess water production.

Neon Energy has requested a trading halt pending an announcement on the results of production testing at the Cua Lo exploration well, offshore Vietnam.

The company expects to resume trading on January 13, unless the announcement comes earlier.

Apache has pushed back its scheduled spud date for the Phoenix South-1 well offshore Western Australia, in the WA-435-P permit area, due to other projects.

The work, originally scheduled for November-January, will now be moved tentatively to the second quarter of this year.

Joint venture party Carnarvon has looked on the bright side, anticipating that the change will reduce the risk of cyclone activity affecting the well.

ConocoPhillips has experienced a reduced average production across its operations due to significant weather-related downtime, especially in the Lower 48 and North Sea.

As a result, fourth-quarter production for continuing operations is expected to be approximately 1475 thousand barrels of oil equivalent per day.

The oil and gas giant says there is no long-term impact from the downtime and that its 2014 schedule for continuing operations remains unchanged at approximately 1600mboed. 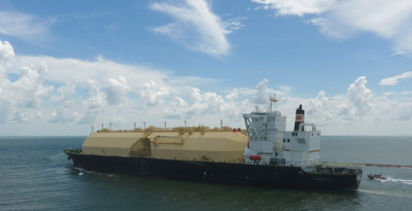