WHILE Cue Energy Resources has three projects in or nearing production, its New Zealand oil development, Maari, will have the most near-term impact on the company and deliver the quickest return on investment, managing director Bob Coppin said yesterday. 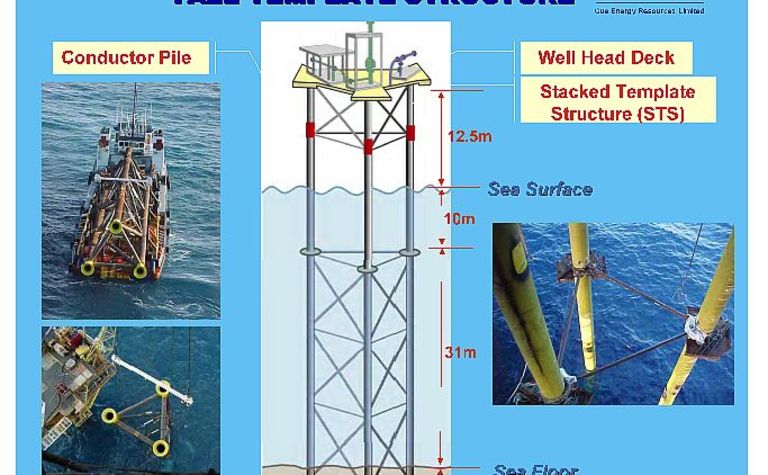 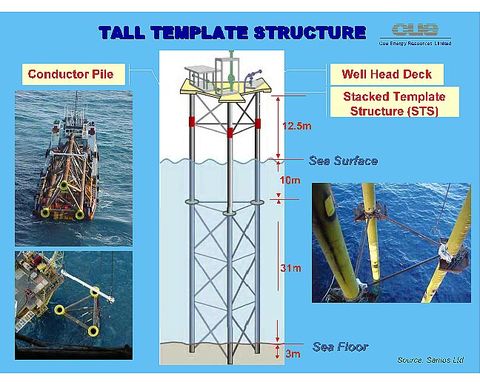 Cue has a 5% stake in this project and the Maari area’s production should last longer than a decade, particularly if Manaia and other prospects are developed, Coppin told the Excellence in Upstream Energy conference in Sydney yesterday.

Cue expects its gross revenue from 2007-2012 to be about $A265 million from three projects – Maari, Southeast Gobe oil in Papua New Guinea, and Oyong/Wortel oil and gas in Indonesia – with Maari providing up to 57% of total Cue production, in terms of value, over this period.

At the Santos-operated Oyong project, first oil production is scheduled for this year and is expected to be 10,000 barrels per day gross.

The Oyong partners have also have signed a gas sales agreement and the gas development phase of the oil/gas development is underway. It is expected that the Wortel gas field will later be tied into this infrastructure.

First Oyong gas production is scheduled for the end of 2008 and is expected to be 60 million cubic feet per day gross. The field has proven and probable (2P) reserves of 97 billion cubic feet.

The company will need this cash because it also has several prospects in the appraisal and exploration stage and others waiting to be explored.

The prospects being appraised include the Jeruk oil field in Indonesia; Manaia, a promising oil prospect near Maari; and two PNG gas fields – Barikewa and Kimu.

Jeruk has been very difficult for Cue and operator Santos.

Coppin said the field, once believed to hold as much as 170 million barrels of recoverable oil, probably holds less than 50MMbbl recoverable. This is still very much a respectable figure but it will not be easy to extract, as the field’s geology is complex.

“Possible development scenarios are being reviewed and Cue has reduced its interest in return for removal of sole risk premium and a back cost payment,” Coppin said.

But Maari/Manaia and the company’s PNG fields look likely to be much less problematic.

Coppin said the Maari area has 2P reserves of about 50MMbbl, with Cue’s share of this being 2.5MMbbl.

A floating processing, storage and offtake vessel was currently being modified and first oil was expected next year with initial production expected to be about 35,000bpd (Cue 1750bpd). Maari is operated by Austrian major OMV.

In PNG, Cue’s Foreland region gas fields, Barikewa (operated by Santos), and Kimu (operated by Oil Search), are both well placed for connection to a new gas pipeline between the Highlands and the south coast or Port Moresby, Coppin said.

As well as liquefied natural gas, several other gas-fed projects were being planned in PNG and the demand for PNG gas resource was likely to grown very strongly over the next few years, he said.

Meanwhile, back in Australia, Cue is sitting on some attractive offshore assets in northwest Australia and Bass Strait.

Cue said the field contains proven gas at Jurassic and Triassic Levels and the Jurassic reservoir is assessed to contain between 194 and 1079Bcf of recoverable gas, depending on trap fill.

Coogee is examining various options to commercialise this gas, including a gas-to-methanol barge.

Further south, Cue has stakes in four Exmouth Plateau blocks, holding 100% of WA 389-P and owning 50% stakes in three other blocks with Geoff Albers-linked companies Gascorp and Exoil. In each case Cue is the operator.

Meanwhile in Bass Strait, Cue has teamed up with Exoil, with Cue as operator, to take two Tasmanian permits, T/37P and T/38P in the central Bass Basin where interest has grown strongly since an Origin Energy-led joint venture developed the Yolla field for the BassGas project.

Coppin says Cue and Exoil are planning 3D seismic surveys across both their Tasmanian permits this year.

“We’ve already incorporated all the existing data and remapped the area, so the plan now is to run 300 square kilometres in T/37 and 200sq.km in T/38 to see if we can pick up some Yolla look-alikes,” he said.

“We also have the Pelican discovery in our acreage, which we plan to revisit.

“Drilling probably won’t be until 2009 and we’ll be looking to farm-out some of our interest.”

Jadestone walks away from NZ deal 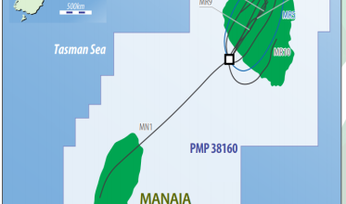 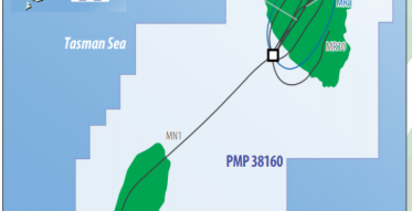