Leading explorationist Steve O'Connor is calling on the New Zealand government to urgently implement a national hydrocarbon supply strategy to help prevent the nation having to import natural gas when the faltering Maui field fails.

The New Plymouth-based oil man also wants a more robust disclosure regime, which should lead to a better perception of this country's prospectivity and encourage more companies, with an eye to some of the majors, to become involved in New Zealand.

The Diligenz director says these two issues are the most significant facing the industry at present - one is of strategic national importance, while the other is of interest to all explorers.

"It's a matter of national interest that the government urgently assesses the industry's view of New Zealand's hydrocarbon potential. An independent audit should be made of the technical information companies have committed to carry out as part of the conditions of their licence awards.

"This audit should not be confined to raw technical data, such as seismic lines and well logs, but also to the interpretation of that data into the companies' prospect and lead inventories."

He says independence is required to eliminate the technical and commercial biases inherent in commercial organisations, particularly those involved in marketing, pricing and exploration funding. A government co-ordinated audit would be confidential, O'Connor proposed, but would form a basis for developing a national hydrocarbon supply strategy.

O'Connor also wants to make sure there is a "level playing field" and open access to all information in the public domain.

He believes it is imperative for potential players to have access to all the information they are entitled to under the regulations, in order to accurately assess a region's potential for exploration. He said not all companies seemed to comply with the requirements of the Crown Minerals Act when it came to public data lodgement.

"Some up to date information is not required to be lodged for other players' purposes, but is important for the development of a government strategy."

He recently worked with two overseas companies in an evaluation of the latest onshore and near-shore Taranaki blocks offer, which closed in April. However, due to the inability to access seismic interpretation information that ought to have been lodged by other companies as part of their earlier relinquishment packages, O'Connor was unable to convince these potential players of the areas' prospectivity. This was a significant factor in their later decision not to pursue the opportunity.

O'Connor believes now is the time for the government to take a more active role in exploration. "I do not see any signs of panic from the people who should be panicking This is too important an issue to rely solely on private enterprise to solve," he said referring to the likelihood of New Zealand having to import costly LNG if replacements for the failing Maui field are not found in time.

"Shell and Methanex (this country's biggest explorer and largest gas user respectively) can always go somewhere else, and will go, if the post Maui age looks bleak."

The former Fletcher Challenge Energy exploration manager commended Crown Minerals for its current work, having to walk a fine line between encouraging exploration and enforcing work programs. It should not put onerous work program obligations on companies, but could still effectively operate a more robust disclosure system.

Crown Minerals has declined to comment on O'Connor's suggestions of an independent audit and more robust disclosure.

O'Connor added that the relative isolation and smallness of New Zealand did not help either, and conceded the country tended to "disappear" from corporate "exploration radar screens" during times of low world oil prices. 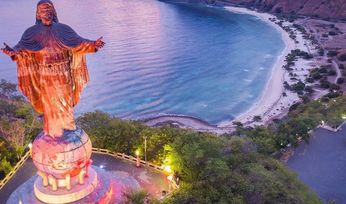 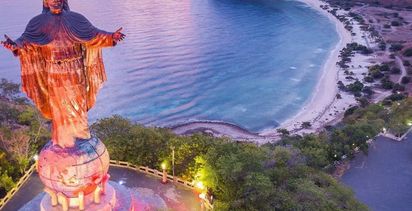 Timor Leste looks to other regional players for Greater Sunrise