The Nockatunga Joint Venture in southwest Queensland has agreed to a two stage, accelerated oil development program for the Thungo and Maxwell oil fields.

Voyager Energy, which has a 40.9% interest in the project licence operated by Santos, said the planned program includes the fracture stimulation of up to four producing wells and two other new production wells. Engineering work is continuing to finalise the design of the program for the Maxfield field.

Fracture stimulation of the Thungo-3 well has commenced, with the remainder of the program scheduled for April 2002, according to Voyager Energy. The company is expecting net operating revenues in excess of $1.5 million in the next 12 months, which would represent about a 100 per cent increase on current levels.

As for its coal seam methane test program, the JV has agreed to a test of the gas potential of the Epsilon Coal Seam in conjunction with stage two of the oil production enhancement program scheduled for next April.

Voyager said the agreement with Santos for the accelerated work program is ahead of schedule and with the assistance of Hartley Poynton, will be making a placement of 5.67 million share at 15 cents per share, equivalent to 15% of its issued capital.

Funds to be used to progress Mahalo North and Galilee Deeps 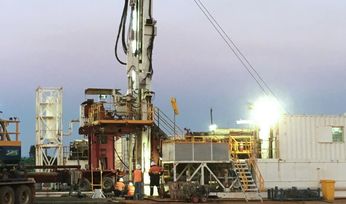 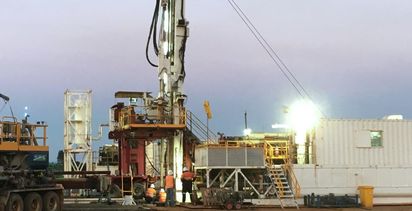